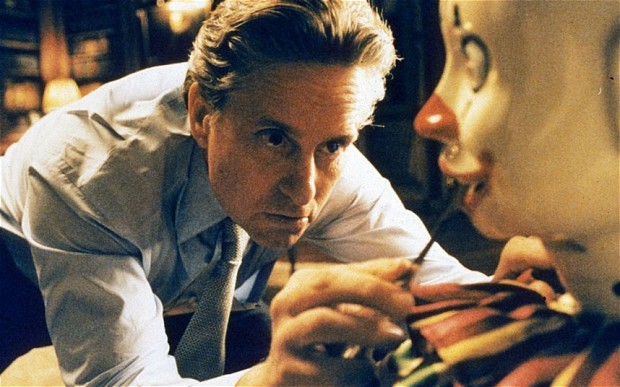 If I could see any film again for the first time, I would choose David Fincher’s The Game. Had someone told me the ending of the film prior to seeing it, I would have counted myself robbed of something irreplaceable. I am not without some sympathy for those who don’t want the endings of their movies given away before they have a chance to see them.

What is more, ours is a culture where opinions must come quick and heavy. The omnivorous news cycle devours everything within a day or two, and so if a film critic doesn’t have an opinion about a film within a few moments of its release, his opinions may get lost in the shuffle. This means that most film reviews are reflexive and not particularly contemplative. “It rubbed me the wrong way” is both final and damning censure. Films have largely fallen to the level of their reviewers, and so many movies are made to be seen once or twice (or excitedly purchased and never taken out of the packaging). The fast and loose opinions of critics often results in a glib, casual take of the film, as well as lengthy summary of the plot. In an age when an immediate opinion is demanded, it is fair that people should not want the ending of a film spoiled by some fast-gabbing critic who doesn’t truly have anything interesting to say. It is galling to lose the surprise of the end of a film, but doubly galling to lose the ending to a blabbermouth.

At the same time, I do not really have much sympathy for those squeamish about spoiler alerts. Longtime readers of FilmFisher know that this website does not include the rather standard hazmat warning that spoilers are ahead, in all caps, squashed between two dozen asterisks, as though the knowledge that Han Solo dies is some kind of toxic substance which causes cancer. As a long-time essayist, film critic and short story writer who enjoys the shape of a thick chunk of text on the page, I do not include the spoilers ahead bogey because it is ugly, amateurish, and immediately reduces the dignity of whatever it touches. A man reading a review by Anthony Lane or Manohla Dargis might have reason to believe that someday the thing he is reading will be anthologized, given a second look, compared against later opinions. However, the moment a reader comes across the chortling, full caps horses-whinny of spoilers ahead, he knows he is reading something which will not be given a second thought after next month. The degradation of film criticism is the degradation of film.

Aesthetics aside, in general, the kind of films which can be spoiled merely by being spoken about are not worth seeing. The occasional Memento notwithstanding, a good film stands up to a second viewing which is more enjoyable and enlightening than the first. Few films which diminish on the second viewing are worthy of a first viewing. A great film is a living thing which develops and matures between viewing. On the first viewing, we were lost in thought and missed this line or that. On the second viewing, we hear what we did not hear the first time. The screen is massive, and the eye cannot take in everything; on a second viewing we see different objects, expressions, colours than the first time. A good film cannot be ruined on a second viewing because it is a different film the second time. It is not possible to see a great film twice.

Again, speaking not in universal truths but rather tendencies, imagine the difficulty of spoiling a film like The Remains of the Day or The New World or Dogville. I regard the spoiler alert with the same disdain I reserve for the practice of allowing a student to skip a grade. The spoiler alert often reduces the film to nothing more than material, nothing more than math, and watching the entirety of the film before knowing the ending is simply “showing your work.” In like manner, if an entire year of education can be skipped, it is obvious that students are not being instructed to grow in righteousness. Skip eighth grade? Why not skip the second year of marriage?

Finally, I find it hard to not call out the spiritual fraternity which unites the spoiler alert with the trigger warning and the atom-splitting punctiliousness of modern political discourse. We are ninnies about spoilers because we are ninnies about most things. Simply put, if you don’t want a film review to give away the plot of a film, why read it? The reader who engages a film review, yet lacks a desire for the film to be discussed, wants nothing more than a bumper sticker level of approval or condemnation. Sadly enough, that’s really all someone like Pete Travers or the folks at Time Out London are capable of. I suppose every generation gets the films and the film critics they deserve.

Out Of The Overflow Of The Heart, The Mouth Eats: Key Quotes From Jiro Dreams Of Sushi Explained