Dark Days (2011): You’ll just sit there baffled for most of this one. The story of an underground city in New York, Dark Days director Marc Singer somehow found out about and then got access to one of the smallest, most secluded and protective communities of the homeless in NYC and made a documentary about the town they constructed in a hollowed out subway cavern.

Touching the Void (2003): I don’t go much in for hypothetical ethical dilemmas, which is why I like Touching the Void. This one is an entry level ethics class, but with true images and actual human beings. Nothing abstract, nothing ethereal. The story of two friends who go on a mountain climbing expedition and find themselves in an Inferno like gauntlet of awful moral decisions. For those who believe there are no atheists in foxholes, this one will prove a testy affair.

Paris is Burning (1990): Somewhere in Czesław Miłosz’s The Year of the Hunter, the great Polish poet remarks that the purpose of fiction is learning to feel pity for people you’ve never met. The world is big, you are small and have seen little of it. You are aware that strange kinds of people, both good and evil, populate the world, and you know that you will someday meet them. You do not want to be taken back when you meet them. Fiction helps you prepare for that meeting. Paris is Burning isn’t for everyone, and I don’t think I’d have ever seen it had it not been shown in a philosophy class I took in college, but I found it engrossing and sad and more than a little haunting. I’ll wager most readers of this website don’t think that spending two hours with a bunch of drag queens makes for a good time, but if you would like to stretch the limitations of your ability to sympathize, if you would like to stand with Abraham and beg God to save Sodom for what little good might be found there, you might consider this documentary. 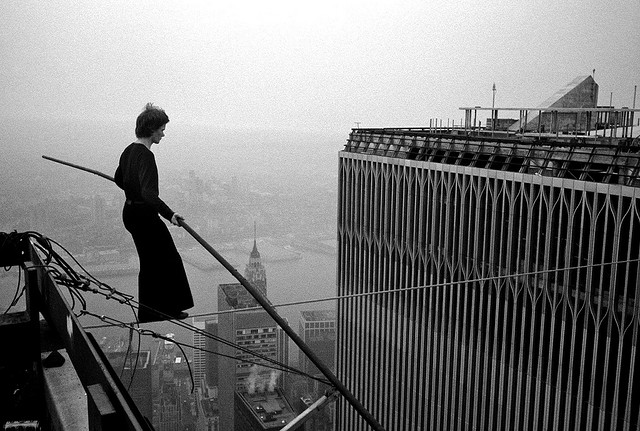 Man on Wire (2008): Some of my favorite documentaries are tales of great little men, teacup storm men, petite Charlemagnes. Shot in blues and grainy golds, scored by Michael Nyman, Man on Wire recounts the story of a man who strung a cable between the World Trade Centers and performed tricks in the middle for an hour back in 1974.

The Art of the Steal (2009): The story of the greatest art theft of all time, perpetrated by a kindly old philanthropic group who sponsors most of your favorite NPR shows.

Jiro Dreams of Sushi (2011): What if there was a man who felt about sushi the way Dante felt about Beatrice? What if sushi saved a man’s soul? Gave him a longing for transcendence and helped him understand the divine nature? Originally reviewed for FilmFisher here.

Three Stars (2010): The story of a half dozen world class chefs and what drives each of them. A good portion of this doc is devoted to Rene Redzepi, head chef at Noma, the Copenhagan restaurant regarded as the greatest in the world for the last five years.

Somm (2012): How much is it possible to know about a single thing? How deep can one discipline go? Is education an endless Borgesian library? It is if you’re learning about wine.

The Staircase: The most engrossing thing I’ve ever seen, though you wouldn’t think, at first blush, it’s anything more than your run-of-the-mill crime doc. Give it ten minutes and then kiss your afternoon goodbye. People who have seen this one find each other at parties and blab about it for an hour, shaking their heads.

Undefended: The Waiting Is The Hardest Part