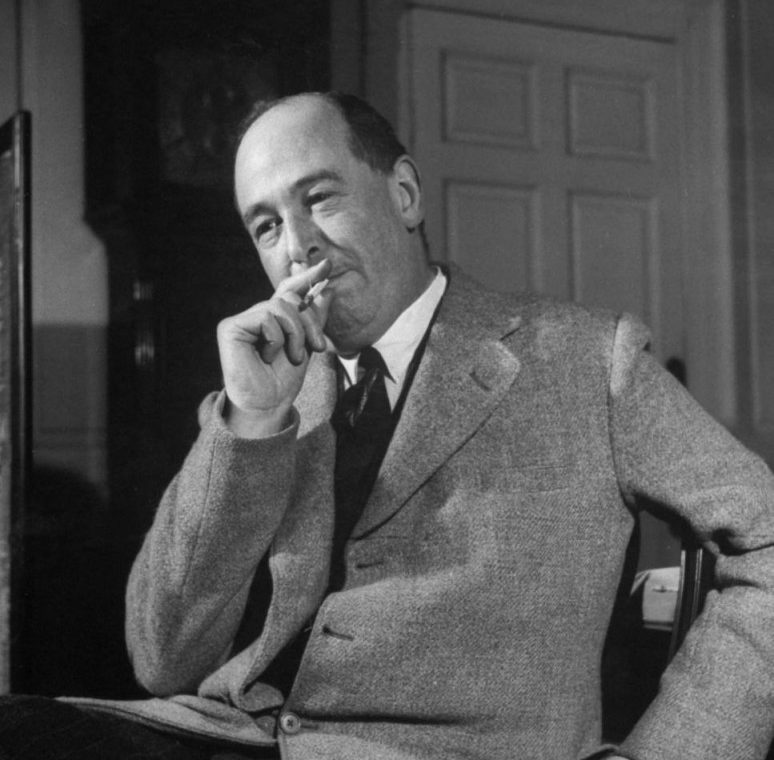 C. S. Lewis, the famous Christian writer and scholar, was no fan of the cinema. He once described himself as “rather allergic to films” and after attending one he added in a letter to a friend, “Do not worry it shall not become a habit.” Though he was quick to dismiss films, his fruitful discussion of story, myths and literature is easily adapted to an appreciation of the cinematic art.

In An Experiment in Criticism, he argues that the distinguishing mark between good books and bad is not how they are written, which can be an arbitrary standard too often marred by personal taste, but how they are read. In judging books by the way they are read, Lewis defines good literature as that which “permits, invites, or even compels good reading”; bad literature being that which cannot bear this burden. The book then goes forward to establish what good reading and bad looks like. It is a tantalizing thesis, that of separating preference from our praising and censoring; to no longer have criticism undermined by the tu quoque of “Yeah, well, that’s just, like, your opinion, man.” It is also inescapably snobby, for which Lewis, refreshingly, makes no apologies.

He begins his argument by positing two groups, the Few and the Many, his rough and ready term for the serious readers, the former, and the latter who merely read to amuse themselves. The bad reader, or the unliterary, differs from the good reader in the following ways: he never reads anything twice, reading is a last ditch effort to pass time, reading is not transformative and reading is never a matter of thought or discussion. A literary reader is the opposite of the unliterary and further identified as one who “reads every work seriously in the sense that he reads it whole-heartedly, [he] makes himself as receptive as he can.” Being receptive is the primary marker separating the good reader from the bad.

According to Lewis, the Many use art and the Few receive it. The Many find what they want in art (affirming that which they already believe) and disregard the rest. The Few get themselves out of the way, they surrender to the artwork; but this isn’t passive, for, as Lewis says, “His is an imaginative activity; but an obedient one.” Being receptive to the movie is to resist imputing motive or external strictures for the film, to be challenged by its findings.

The hazard for us when we use literature, even to find truths or moralize, is that “increasingly we meet only ourselves.” Rather than be remade, we remake the work of art in our own image. Good books reward an attentive reader, bad books betray close attention to the work as an undue compliment.

This rapid summary doesn’t do justice to the width and breadth of his experiment, and I encourage you to read it, but my concern here is to apply his thesis to cinema. If good literature permits, invites, or even compels good reading, then can this serve as a definition of a good movie? Conversely, if a bad book cannot withstand a rigorous analysis of its words and figures, can a movie that folds under the weight of a serious, critical viewing be defined as a bad movie?

Like Lewis, how a movie demands to be watched is where we begin. Whether a movie rewards multiple viewings, whether it embeds its themes and develops characters through minor details is a major component to a good film. For example, in Chinatown the theme of chaos is conveyed, in one way, through numerous eye injuries (black eyes, crushed glasses); vision is often obscured and darkness constantly sweeps across the scene. In There Will Be Blood, it is no accident that Daniel Plainview, the deceiver from the beginning, is first shown underground and, before the scene is over, is injured and slithers upon the earth. For the rest of the movie he is shown on the ground. Or consider the names in The Truman Show: Truman, the True Man in a false world, lives under the cruel authorship of Christof (both “Of Christ” and “Off-Christ”) whose godlike control installs a fear of water in Truman. The fear is echoed in the names of his chief manipulators: friend Marlon (a variant of Merlin: sea fortress) and wife Meryl (bright sea). Contrasted with this is the name of his advocate and lost love Lauren Garland whose character in the show is named Sylvia, all of which point to Truman’s safe place of the land/forest. These details, combined with many more, build a picture that develops in complexity even as it enlightens, forming a rich and deep experience. Lewis says of words, which we here adapt to details, that they “are more than the clothing, more even than the incarnation, of content.”

When we come to a movie that is less rigorous in its use of minor details and actions to convey meaning, we scale back our analysis, for we do not want to “munch whipped cream as if it were venison,” as Lewis suggests. In Signs, when we reflect upon the aliens- that they arrive with no discernible plan, naked, without weapons to a planet that is two thirds covered in water when they are deathly allergic to water- we realize we are not in an alien film, but an allegory and therefore must critique the movie as an allegory. We may critique it for presenting itself as something it is not, but we cannot accurately critique it for failing to be the movie we wanted.

So in romantic movies (the offenders are too numerous to snag a single example) when the leading roles are assumed to be attracted to each other for no other reason that they are the most beautiful and the camera lingers upon them the longest and the light flares and movement slows, perhaps a pop song cues up passionate rhythms, we are to adapt, put away our steak knives, perhaps tuck the edge of the tablecloth into our collars and belly-up to a meal of trifles. When at last, having exhausted the critical apparatus at each display of “monstrous psychology” and “preposterous coincidence”, after a parade of incoherence and thin pandering, we may be conclude that the film is bad.

Lewis gives five characteristics to identify the unliterary: 1) he reads only for the Event/ the Main Action 2) he reads without care for the sounds of the words 3) he is inattentive to Style, preferring plainness 4) he dislikes dialogue and 5) he wants a swift-moving narrative with as few “slow parts” as possible. The correlation to movies is easy. Many care only for the spectacle, they must have the action writ large and punctuated with explosions or else they get fidgety and bored. Combining points two and three we note that the fans of popular films do not heed the language of cinema, preferring straightforward storytelling: a heavy use of tropes (things falling in slow motion after a death) and nonplussed attitude toward cinematic cliches (how long must we endure the introduction of a female from the ankles up?). Points four and five skewer the Many’s disdain of “slow films”. Films that require thought and attentiveness are panned, “nothing happened” or “they just talked the whole time”.