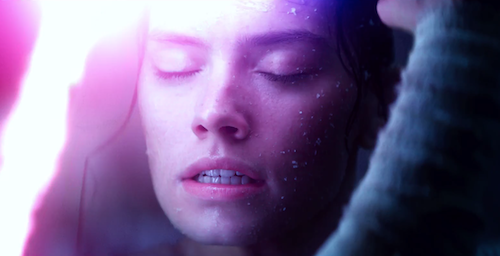 Tonight, the final chapter in the Star Wars saga will be released in theaters – though of course, describing The Rise of Skywalker as a “final chapter” is bound to raise a few eyebrows. On the one hand, it is evident that new Star Wars films will be flooding the market in an endless stream for decades to come, even if this is the end of the numbered “Episodes” (I through IX) that George Lucas started in 1977. On the other hand, the saga already had a perfectly good ending in 1983, with Return of the Jedi, and another, even more perfect ending in 2005, with Revenge of the Sith.

This essay aims to offer an answer to the question, “What does The Rise of Skywalker need to accomplish to justify its existence as a new conclusion to an already-twice-concluded story?” Or, to put it another way, “Can The Rise of Skywalker cement the sequel trilogy’s place as a meaningful addition to the Star Wars story, rather than just a superfluous addendum? And if so, how?”

First, a few words on the big picture. Star Wars follows a simple thesis-antithesis-synthesis structure. The thesis of the original film, a light, straightforward, crowd-pleasing morality tale, is immediately followed by its antithesis in the darkness, tragedy, and confusion of The Empire Strikes Back. Synthesis arrives in Return of the Jedi, which unites the psychological complexity of Empire with the whimsical romance of A New Hope. As a summation of this larger synthesis, in Return, Luke holds in tension and ultimately reconciles two truths about his father, accepting that he is both the Dark Lord of Empire Strikes Back and the Jedi Knight described by Obi-Wan in A New Hope.

The thesis-antithesis-synthesis progression plays out on a film-by-film basis across all eight of the series’ installments thus far, but it also plays out on a trilogy-by-trilogy basis. The prequels are probably as reviled as they are precisely because they are the antithesis to the original trilogy, turning it on its head. The Jedi are blind, fallible. The troopers clad in white are “good guys.” Anakin’s tragic storyline is an inversion of Luke’s progression toward heroism and maturity. Indeed, the entire arc of the prequels is a reversal of the originals: The Phantom Menace mirrors Return of the Jedi, Attack of the Clones mirrors The Empire Strikes Back, and Revenge of the Sith mirrors A New Hope. While the originals build to synthesis and union, the prequels conclude with splintering, dissolution.

In light of this, perhaps the jarring quality that many (myself included) found so perplexing about The Last Jedi makes more sense. It is, appropriately, the antithesis to the comforting familiarity of The Force Awakens. If The Rise of Skywalker is to be a successful conclusion to this trilogy, it must bring these two seemingly disparate films – the wide-eyed nostalgia of The Force Awakens and the subversive ambivalence of The Last Jedi – into a harmonious balance. And, if it is to be a successful conclusion to Star Wars as a whole, it must cement the sequel trilogy as a synthesis of the original trilogy and the prequel trilogy.

It is a tall order, to be sure, but there’s more. Beyond recapitulating the two films and trilogies that precede it, The Rise of Skywalker really ought to conclude with a synthesis that surpasses the synthesis that concluded Return of the Jedi – a reconciliation even more complete and satisfying than the healing of Luke’s relationship with his father, Leia’s union with Han, the fall of the Empire, and the restoration of the Jedi. To fuel its drama, the sequel trilogy has undone three of these conclusions. Leia and Han’s marriage produced Ben Solo and was sundered when he fell. The Rebellion failed to establish a stable new government to replace the Empire, leading to its reemergence as the First Order (and, now, the reemergence of its Emperor). Luke’s attempts to restore the Jedi ended in disillusionment and despair. Indeed, given the importance of Vader’s helmet to Kylo Ren, the sequel trilogy has even complicated Anakin’s redemption and legacy. My priest is fond of saying that the Christian experience of time is not an endless loop, but a progressive cycle. I don’t want to overstate Star Wars’ resonance with Christianity, but I do want to believe that its circular structure is progressing towards some kind of eschatological hope. I do not want to believe that these characters, and the cosmos they live in, are doomed to the endless, Sisyphean, cyclical history of paganism. In other words, I want The Rise of Skywalker to justify undermining Return of the Jedi’s happy ending by building an even happier ending in the ruins.

If it is not to be a superfluous addition – the Apocrypha, if you’ll permit an impious comparison, to Lucas’ Old and New Testaments – the sequel trilogy should resolve conflicts that were left unresolved in the two trilogies that preceded it. Though I have my own thoughts on what would constitute such resolution (as far as I am concerned, Finn should inspire the other Stormtroopers to rebel against their evil masters and Rey and Ben Solo really ought to get married), I believe it would be dangerous, not to mention silly, to proffer a rubric of specific plot points for Abrams to fill out. It is the perennial temptation of the scholar to feel a sense of ownership or possession over his favored text, forsaking the sense of awe and submission that led him to that text in the first place. I have written tens of thousands of words on Star Wars; it is all too easy for me to feel that I know what’s best for Star Wars. (Indeed, nowadays everyone seems to know what’s best for Star Wars.) I am an ardent defender of the prequels, so it is easy for me to scoff at the people who react to them with absurd vitriol, and yet I had the same kneejerk reaction to The Last Jedi. The only proper way to approach any film is on its own terms – to judge it based on what it aims to accomplish, not what one expects or wants it to accomplish. Only then can one begin to ask whether its aims are admirable, and whether it achieves them successfully. Of course one ought to offer real criticism and make real judgments; this is a film criticism website, after all. Yet this should be done – indeed, can only be done rightly – from a posture of charity and understanding, after you have unlearned what you have learned.