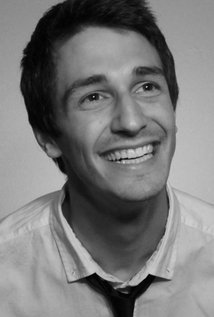 Michael B. Allen, co-writer/co-producer of Believe Me and co-founder of Riot Studios, thinks that the mainstream independent Christian film movement is growing irrelevant. With Believe Me’s wickedly satiric take on evangelical culture—which gained the New York Times’s approval—he hopes to unite the Gospel with artistic excellence. I took a few minutes to learn more about the thought behind Allen’s first feature film.

How did you get started with filmmaking?

My business and creative partner, Will Bakke, and I made a couple of documentaries in college. One Nation under God, made after our sophomore year, is basically a travelogue of roadtripping around the U.S. and asking people about their beliefs. It was a good start for us to explore our religious beliefs and begin filmmaking. Then we did a similar deal but on a little bigger scale: a documentary called Beware of Christians. We ended up touring our documentary around the country for three years. Eventually we made our investors a pretty good profit. We felt like it wouldn’t be crazy to ask for a feature film budget.

Will and I had been working on the script for Believe Me that entire time and finally thought we had it in a good spot.

What inspired the script?

The first joke that really inspired the script was when we were having our premiere for Beware of Christians. We made a bad decision of getting valet parking for the evening, so we tried to figure out ways to make up this deficit of thousands of dollars. A lot of the people who came and watched our movies were moved spiritually and emotionally, so it kind of became a joke: How do we take advantage of that and get the valet parking money?

We were talking about things like selling baptisms with the cast and getting your picture taken next to the cross that we brought home from the trip. It was a really twisted sense of humor. Some characters came out of that and we started talking about these ideas. That’s when we knew it was going to be a project worth doing.

So you got the film out there, and the trailer alone shows that this isn’t your average Christian film. It actually reminded me a little bit of The Wolf of Wall Street trailer.

That makes me happy. That was a very huge inspiration.

I can definitely see that. The film is, in a sense, a Christian satire—critical of some elements of evangelicalism. But at the same time, you’re a Christian documentary filmmaker coming out of an evangelical background. How do you balance those two worlds?

I think it was pretty affectionate toward both worlds. We wanted to tell a story that would bridge the gap between often harsh-handed, forceful evangelical culture that has some funny elements about it and then secular culture that looks at that world and sometimes acts mean-spirited toward it—but really is just more confused. We wanted to be honest toward both of those sides.

We have these characters who are coming from outside the evangelical world trying to learn how to fit in, and I think that opens a great discussion about some of the true elements— whether you’re a believer or not—about religion. There are some really genuine people and heart behind [religion].

I appreciated how Believe Me, unlike a lot of other Christian films, tried to tell its own story and not just hammer a message.

Yeah, that was really important to us. Anytime we felt like we were trying to force our agenda, we tried to take a couple of steps back and rethink it. It turned out that a lot of people want a really strong agenda and get upset when you don’t have one.

Have you found, while marketing the film, that people have been asking for an agenda?

What are some particular comments that have surprised you?

I don’t know if anything has particularly surprised me. We prepared ourselves for the worst going into it. We knew that this isn’t a kind of a movie that gets made very often, if ever.

I think one of the first things people always bring up is the language. They are not expecting characters to say some of the words that come up in our movie. We didn’t feel like we would be portraying the characters in a genuine way if we didn’t include some strong language. It’s not like these guys have a strong moral fabric—they rob innocent people and lie and cheat. They will say ‘shit’ occasionally. We felt like it was rather tame compared to what you could have done with it.

As a filmmaker who is also a Christian, what do you think is the role of language and violence and all of these “objectionable” elements in Christian film?

I could be totally wrong about this, but I don’t know how long the Christian film genre will be relevant. It has gotten to a point where [Christian films] are repeating the same subject matter. When you go to church, you’re expecting to hear a sermon, but you want something different when you go to a movie. Sermons are great if they’re entertaining, but you judge them based on the message. With storytelling and filmmaking, it’s great if the movie has a good message, but you judge it based on the story.

I think Christian filmmakers don’t want to be irresponsible and drive their audiences to the “dark side.” But we could get better by being more honest instead of by writing really drippy plots so we don’t get in trouble.

When you [try to stay out of trouble], you miss out on a chance to challenge your audience. There’s going to be a kind of tension there. People always want to make it black and white, draw a line somewhere. I think, kind of like in real life, different people have different convictions.

There are certain things we can all point to and say, ‘I think that’s definitely wrong, that definitely shouldn’t be in a film,’ but other things are going to vary based on the filmmaker’s and the audience’s convictions. If you feel uncomfortable watching something, you shouldn’t watch it.

Related to that, what one thing do you think Christian filmmakers could do to change their image and draw a larger audience?

I think if there were more Christians making films with good acting, good cinematography, good writing, a lot of the stigma would fall away. Believe Me did not get any Oscar nominations, but that was one important thing about the film to us: to really uphold the art of filmmaking more than anything else.

When you do the opposite, which some would argue is what we have been doing—making films with bad writing, bad cinematography, bad acting—then you’re only reinforcing that stigma and driving a culture, which doesn’t agree with your worldview, further and further away from considering that worldview relevant.

That reminds me of the scene in Believe Me where Christian rapper LeCrae appears in a cheesy “Christian movie” the characters get bored watching.

Right! It’s tough because in no other profession, other than art, do we give a handicap to somebody because of their religion. I wouldn’t go in to a doctor and say, ‘Oh, he didn’t go to medical school, he’s never done a surgery before, but he’s a Christian and he’s going to be praying the whole time.’ No, we should get a trained doctor in here who knows what he’s doing.

I think a lot of times with Christian filmmaking, and I don’t mean this as a widespread judgment, you get people who think, ‘Man, we need more Christian content, so I’m going to take up filmmaking and make a movie.’ Millions of people go and watch that movie because they want to support that cause. But just like an unsanitary or incomplete surgery, the long-term results of such a film are actually contrary to what you want if you’re not doing it right.

One thing that really struck me about the film overall was how it struck at the heart of the superficial quirks of American evangelical culture. How did you develop some of these ideas?

The funny thing is that quirks are going to be part of any subculture. Right now we’re writing a little story that’s a satire on hipster culture and all the hilarious things that go along with that, but it’s not an attack on hipsters. There’s an unspoken club where you have to know unwritten rules to get into it. That’s true of human nature.

I think what people have drawn out of Believe Me is that a lot of times those silly rules distract us from Jesus. I think it’s good when people draw that out and apply it to their own lives.

Our lead actor, Alex Russell, calls himself an agnostic and doesn’t have any religious affiliation, but the film really resonated with him. He said he wanted to do the movie because he thinks universally it reminds people to focus on the heart and not appearances.

Which leads me to ask: How did you get some of your big-name actors, like Nick Offerman and LeCrae?

I don’t know! We did a lot of praying, and we had a great casting director. LeCrae was just a big fan of our script and he really spoke up and wanted to be a part of it. The opportunity with Nick Offerman came about because the first time we shot his scene, we used a local actor and it didn’t come out like we hoped. Nick read a script that Will and I had written specifically for him. He liked it a lot, and it worked out.

One of my favorite things is how we got this outspoken atheist (Nick Offerman), and this famous Christian rapper (LeCrae), and they’re able to come together and work on this project. That’s what I think “Christian movies” should be. We’re combining love of the Christian Gospel with love of the arts and filmmaking and we’re bringing together people who may not have a good reason to bond otherwise.

That is remarkable. What’s next for you and Riot Studios?

I wish I had a grand answer for you. We’re working on developing several projects, and we may have an announcement in the next couple of months.

I look forward to hearing what you do next!

You can keep up with Riot Studios and find the Believe Me trailer at http://riotstudios.com. You can also read Film Fisher’s review of the film here.