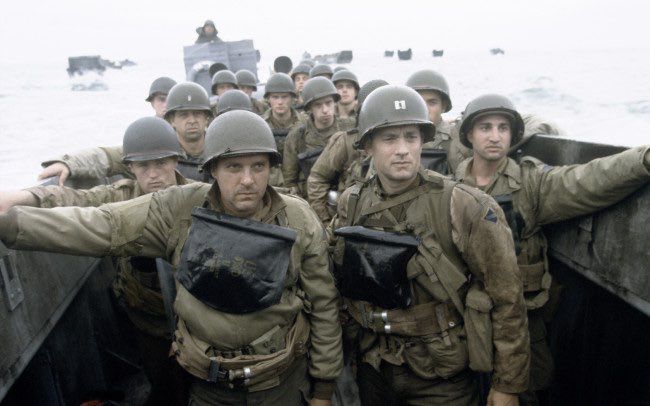 We live in an age which demands certainty. Faith is not enough. We want to live by sight. Before the Enlightenment, man was content to live by speculation, opinion, and sacred text. Back in the Dark Ages, truth was buried between layers of parable and history and myth and it was hard to keep straight which was which. Now, we live by science and the absolute. We have jettisoned the messiness and debatable Scriptures in favor of Mother Nature, who will speak clearly and unambiguously if the religious fanatics would only let her.

The demands for certainty within the realm of warfare became the demands for realism in motion pictures. Nuclear war is nothing if not certain. The brothel and church are treated the same. The old man and infant are treated the same. Home and business are treated the same. In nuclear war, all the variance and diversity of civilization is reduced to a singularity so that certain victory might be obtained. Distinguishing between the old man and the infant takes time, distinction, articulation. Distinction is messy. Distinction calls for judgment, arbitration, subtlety. Nuclear war eschews subtlety for the absolute, the definite. So, too, ever since the end of the Hays Code in the late 60s, motion pictures have tended toward nuclear certainty. Back then, we heard a gunshot, saw a man grab his gut, moan, fall over motionless, and we were sure enough he was dead. Today, we must see that bullet burst the man’s gut open. We must see an exit wound, a gallon of blood, horrific screams of agony.

As medicine is further and further inclined to treat man as a machine with which to tinker, film has followed suit and reduced man to a complex of biological functions. In 1955, it was enough for Hitchcock to segue a shot of Grace Kelly and Cary Grant getting cozy on a couch with  a montage of escalating

fireworks to convey the two were having sex. Today, audiences demand clinical certainty of the act. Suggestion is not enough. Innuendo is not enough. If this character and that character are going to make love, we want an up-close, angled depiction which would hold up in a court of law.

The same is true of vulgarity, obscenity and blasphemy. We want sailors in movies to sound like sailors. We want hookers to sound like hookers. We want slave owners to sound like slave owners, and if the language of sailors and hookers and slavers in a film isn’t as profoundly blue as we know it to be, we claim puritanical prudence is ruining a true depiction of reality. While most women I know are loathe to complain of the brevity of sex scenes, I frequently hear them complain that birthing scenes are unrealistically short or not graphic and loud enough.

We stake our demands on reality. Bloody gun shots are realistic. Sweaty, quivering-member sexual intercourse is realistic. Twelve hour labor sessions (and don’t forget the placenta delivery, missy) are merely the stuff of a nuanced, detail-minded storytelling. These are all very fair points, and really, if the point of film was a realistic depiction of the world, then the gorier the sex, the more righteous. But reality means very little to fiction. Reality is interested in facts, and fiction is concerned with truth.

In the forward of Look Homeward, Angel, Thomas Wolfe writes, Fiction is not fact, but fiction is fact selected and understood, fiction is fact arranged and charged with purpose. The most unnerving (and energizing) part of Wolfe’s claim is that word “selected.” When teaching fiction, I sometimes play this game with my students.

Q: Let’s say we have a character, a man, who beats his wife. Do you like him?

Q: But he only beat her once, and it was a long time ago, and he’s never done it again. Now do you like him?

Q: He also donated a complete stranger one of his kidneys. How about now?

Q: He hates dogs, though. He killed a dog. Last week. How about now?

Q: Actually, he ran over the dog, but it was an accident, and he immediately pulled over and with tears in his eyes walked the neighborhood calling out, “Does anyone own this dog?” and he got dog’s blood all over his favorite suit and he didn’t even mind. Now do you like him?

A: Yes, that seems noble.

Q: He smacked his kid for no good reason when he got home that night, though. How about now?

And so it goes, on and on, until everyone realizes that I could end the series of questions whenever I wanted and they would be left with what increasingly seems an arbitrarily-formulated opinion of the man. Whether he is good or bad depends on how quickly we tire of him, for I might go on indefinitely describing him and the reader might eternally oscillate between thinking him wicked and thinking him righteous.

However, the exercise is also emotionally unsatisfying, for the belief that Han Solo is good and Vader is bad does not seem arbitrary. The author knows his creations because he has made them, and he has made them ex nihilo, for the character proceeds from the author’s being and not merely from a cobbled together collection of observations made about the self and others. Does the mother in the story resemble the author’s mother? No matter, the mother character is wholly new, for the author knows the mother character perfectly and his own mother he knows imperfectly. The author has surveyed past and future eternities within the spirit of the mother character and presents his reader with aspects of her person which are emblematic of a whole which can only be known by the author.

Because the author creates ex nihilo, he is not obligated to show anything for the sake of realism. Realism appeals to fact, but facts are inconclusive for the same reason “He killed a dog” is inconclusive. Dogmatic appeals to realism assume the author’s hands are bound by finitude, materiality, physicality, when, in truth, the author is “as God” (Exodus 4:16) to those characters who speak for him, which is to say the author assumes a kind of boundless creative potential. Realism is atheistic, then. Certainty is the cousin of inevitability, and inevitability is the first principle of ugliness. We serve a God about which nothing is inevitable, for He is the endless abundance of true possibility.