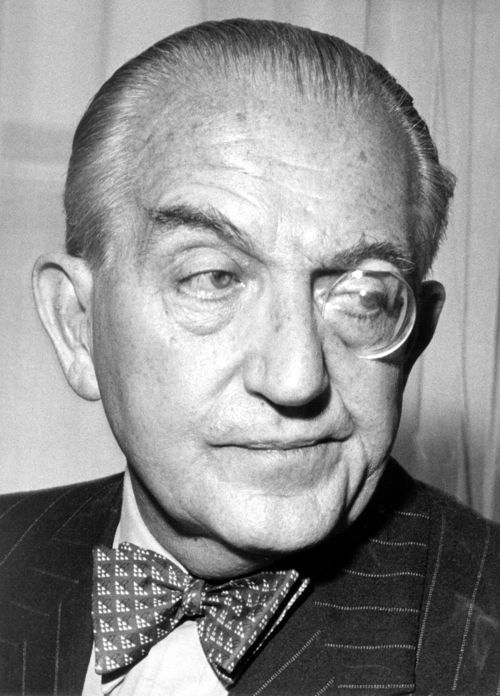 Of the great directors of Hollywood’s classical era, Fritz Lang is among the most difficult to sum up in a neat critical epitome. There is much to be accounted for in the considerable changes that mark his maturing style from his early work in Weimar Germany to the later film noir genre pieces of his American period. Part of the problem consists in the fact that he is remembered now primarily for two films: Metropolis and M. The first of these two pieces is not really representative of the essence of Lang’s canon, and in the second we see the director finding his paces in the field he would later dominate.

Lang’s career had more than its share of fluctuations. A native of Vienna, he spent the first fifteen years of his directing life working in the vital atmosphere of UFA and Nero-Film AG during the golden age of German cinema. To this stage of his life’s work belong Metropolis, notable as the first example of the distopian genre and therefore the ancestor of everything from Soylent Green to Gattaca, and also M, another genre-seed of a film starring a then little-known Peter Lorre. M is the first noteworthy serial killer picture in film history and one of the most visually quoted of suspense movies. In many ways M does not live up to its reputation. Its very real moral interest is somewhat muted by its lack of a human center; Lorre does not emerge as the main character until more than halfway through the picture, and none of the other characters are given an opportunity to do more than function as the killer’s (Lorre’s) de rigueur antagonists. In spite of these faults, it would be an injustice to dismiss it as an overrated sacred cow. The first of any created thing is rarely the best of its kind, and M deserves this allowance no less than Melies’ A Trip to the Moon. Even if he had brought nothing else to the creative arsenal of cinema, Lang was the first auteur to bring to the director’s chair Horace’s maxim “If you would have me weep, weep first yourself”; he taxes his actors in their performances, and through the film’s last minutes Lorre visibly sweats remorse in the scene where the mob closes in on him. There exists a famous anecdote that Lang added the finishing touch to Lorre’s disheveled appearance at the climax by flinging the diminutive Hungarian down a flight of stairs. A further notoriety attaches to M‘s closing courtroom sequence because of the clip’s inclusion in The Eternal Jew, a German propaganda feature released in 1940, by which time both Lang and Lorre, both of whom were of Jewish descent, had emigrated to Hollywood along with much of the European film community.

Lang’s Hollywood years brought forth a good deal of quality work, most of it now forgotten. At most, the average viewer of today may have seen Fury or Clash by Night on late night AMC. A number of Lang’s later productions stand up to the test of six or seven decades, and if he made few masterpieces, neither did he end his life as a washed up genre mercenary. More and more as he aged, his films became studies of decent men who perform misdeeds in unforeseen or ill-considered moments and are then besieged by conscience until the will should fail. Thematically, his exercises in film noir territory lend themselves to the most lucid critical reading as the work of a lifelong Catholic (Lang’s parents were converts) with an abiding interest in the self-condemning sinner. Henry Fonda, Spenser Tracy and fellow emigre Edward G. Robinson all played this role in various Lang pictures, Robinson twice (The Woman in the Window in 1944, and Scarlet Street in 1945). If neither film is an acknowledged classic, it is above any other consideration due to Lang’s untrained ear for English dialogue. He could film Everymen in moral torment like no other, but the memorable acting in Lang’s best sequences is acting of the body and not of the voice. Again witness Robinson and Lorre, two of the great physical performers of early Hollywood.

Towards the end of his career, Lang made a series of poor directorial choices, shooting such low-end numbers as 1953’s The Big Heat and 1954’s Emile Zola adaptation Human Desire. There is a tabloidy, sensationalist note in certain of his later efforts that strips them of the moral urgency of his best efforts. But even a decade’s worth of misfires could only diminish Lang marginally. At the heart of his ouevre is a real poetry of desperation and unmatched depiction of the unquiet mind sitting in judgment on itself. Lang is the Graham Greene of the movies, a true artist of the man within.