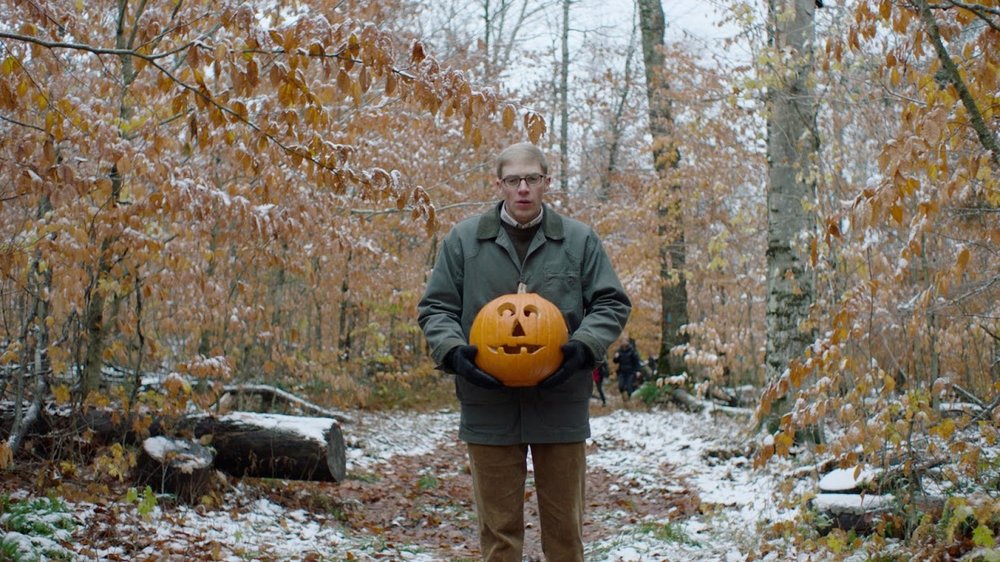 Some part of me wants to become smaller and smaller. Maybe it’s a desire for greater humility – to not think of myself so highly, to not get so angry the moment I encounter a viewpoint I don’t agree with – but that isn’t all it is. There is something protective about it too. After all, sharing an opinion means risking being wrong. There is, of course, the other part of me, the part that is writing this now. The part that craves validation and esteem, but also the part that simply wants to share the things I love. The positive and negative aspects of both sides are so wrapped up in each other that it is often difficult to know whether to speak or keep my mouth shut as a general rule.

If anyone in recent memory has figured out a way to share their interests with complete humility, it is the comedian Joe Pera. It helps that his interests are so niche and at first glance, unremarkable. He knows that the sorts of things he’s talking about aren’t of all that much interest to most people. When delivered by his unique comic persona, however, it is more than enough. He’s been refining this brand of gentle, politely midwestern comedy for several years now, predominantly in internet sketches and short films. For clarity, I might distinguish between Pera, the creator, and Joe, the character, but it impossible to know where one ends and the other begins, so I won’t try.

I first encountered it in his one-off animated Adult Swim special entitled Joe Pera Talks You To Sleep. To this day, it remains my favorite YouTube video, one that I share often with others and return to regularly myself. The special is mostly a collection of random thoughts about intentionally boring things, ostensibly strung together to help you doze off, but over the course of ten minutes, these observations become more poignant. Pera listens to old voicemails, considers the intrinsic sadness of dilapidated barns that society no longer has any use for and speculates about what Bernie Madoff is thinking about as he drifts off to sleep in prison.

Joe Pera Talks You to Sleep ultimately served as a test-run for a nine episode series that premiered earlier this year. Critics have noted the significance of its title. Joe Pera Talks With You – not to you, or worse, at you. In reality, talking at you is exactly what he is doing, but Pera has a way of welcoming the audience in and never making it about him. Instead, it is first and foremost about the subject and its value. In the span of one episode these subjects range from late night thunderstorms to hotel hot tubs to old sheet music. Invariably, these small obsessions of his act as a springboard for larger ideas, but no matter how long he spends talking about any given topic, Pera always seems to perfectly synthesize its worth.

The standout episode of the series – and in my opinion, the best episode of TV this year – follows Joe as he contemplates the mortality of a jack-o-lantern while taking a fall drive. It is a silly premise, but it forms the basis for a remarkably deep exploration of man’s relationship to nature and his own soul. He examines the sorts of seasonal rituals we perform and how their repetition distances us from the very thing we are trying to grow closer to. How much of every Fall is spent on thoughtless consumption of pumpkin spice lattes and Halloween candy amidst the everyday routine? In Pera’s eyes, these mindless traditions chip away at our souls, but there is an easy fix: the reverent contemplation and appreciation of a thing’s worth, the very thing we see him do constantly throughout his entire body of work.

The episode is written by Conner O’Malley, a frequent collaborator of Pera’s who is perhaps best known for a seventeen minute long Vine compilation where he rides around on his bicycle, screaming at rich people in an increasingly unhinged fashion. O’Malley is Pera’s polar opposite, and yet he demonstrates a remarkable understanding of his friend’s onscreen persona. O’Malley also has a small role as Joe’s next-door neighbor, and it is here that his caustic sensibilities are more present. Occasionally, characters like his test and clash with Joe’s worldview, reminding the audience that this show is still set in the real world, no matter how unconventional his outlook on it might be. The greatest challenge, however, comes from Sarah Connor, a fellow teacher who, at first glance, seems to have a great deal in common with Joe. (Pera is very fond of referencing action movies despite supposedly having an aversion to violent cinema.) 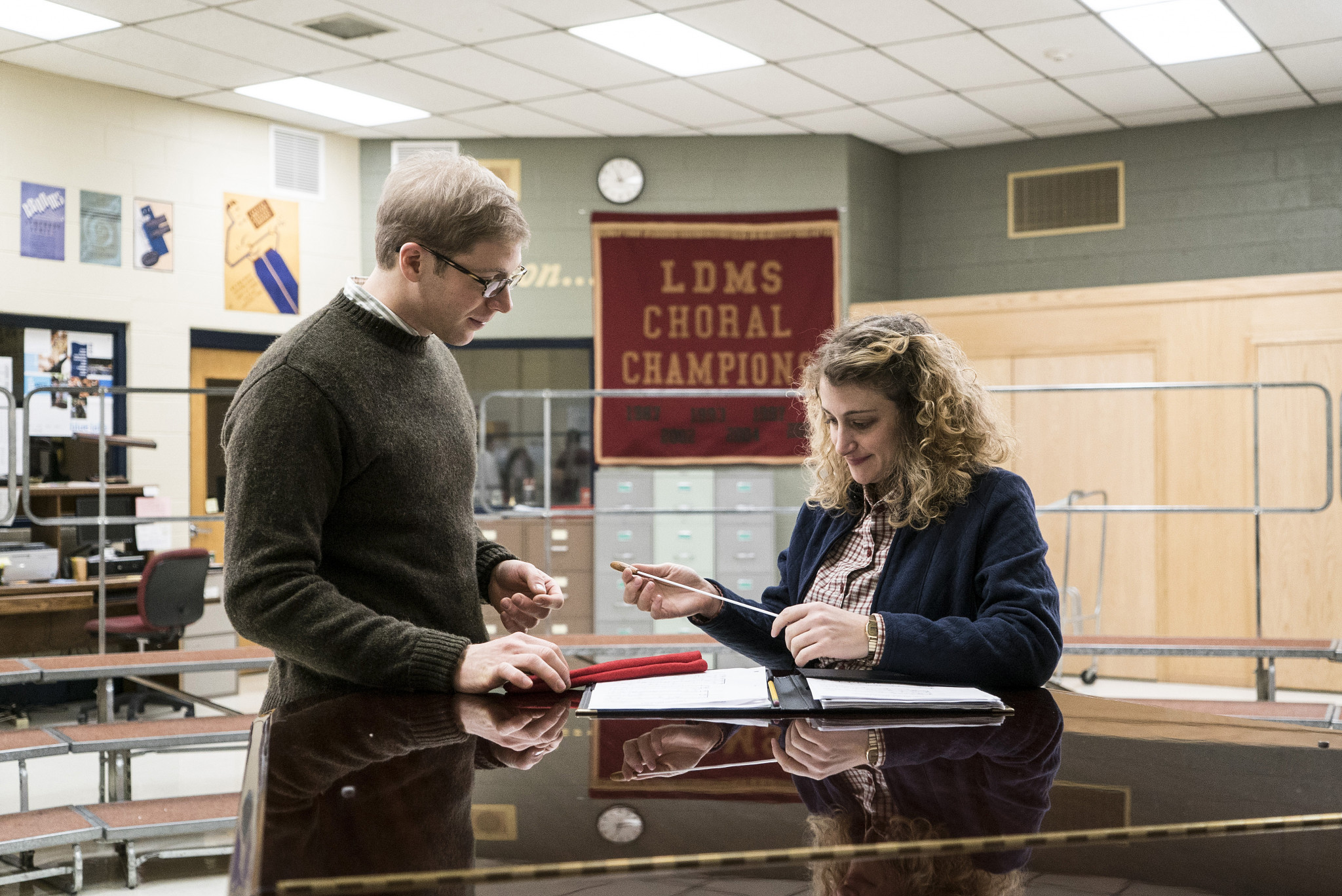 Gradually, the series begins to tease out an overarching story, organically incorporating a romance between the two. For a stretch of episodes in the middle of the season, Sarah pops up here and there – they awkwardly dance together at a coworker’s wedding and regularly bump into each other at school – but eventually the storyline takes a sharp turn in the final two episodes, when Joe discovers Sarah’s overwhelming anxiety about the state of the world. Though she is just as sweet and kind as Joe, she isn’t able to find the same small pleasures in life that he does, not when faced with ever-growing political, economic, and environmental concerns. In her eyes, Joe’s interests are ultimately trivial in the face of such threats. Joe takes her points to heart, asking the audience at one point, “Are we really just one power grid shutdown away from turning on each other?” After considering these things for some time, he stops by Sarah’s house and asks to see her fortified basement. As she gives her tour, the two quietly contend with one another. She thought he bought vegetable seeds as a form of doomsday prepping, but really he just likes to collect them. They both see the value in things that others never stop to consider, but for Sarah, it is strictly utilitarian, whereas Joe seems to find a deeper, simpler good in them. If the world does come crashing down, Sarah has a better chance of surviving it than Joe, but somehow I think that if it did all crumble, Joe would find a way to keep on finding the beauty in things.

The revelation about Sarah comes out of left field and it isn’t one I think the series earns, but after these initial misgivings, I found more to appreciate my second time around. Sarah’s concerns make Joe Pera Talks With You an unexpected companion piece to First Reformed, a current frontrunner for film of the year. It follows a priest who grapples with the overwhelming evidence that climate change will soon radically change our world. He and Pera ask almost identical questions: Will we be forgiven for what we’ve done to the world? Paul Schrader’s film might be the better work of art, but it is this show that offers more answers and provides more insight, theological or otherwise.

It is easy to project Christian values onto Joe Pera. The character is a choir teacher who in one episode reads the announcements at church, after all. But more importantly, he seems to perfectly live out 1 Thessalonians 4:10-12: “But we urge you, brothers, to do this more and more, and to aspire to live quietly, and to mind your own affairs, and to work with your hands, as we instructed you, so that you may walk properly before outsiders and be dependent on no one.” I suspect that the Christianity in this show is mostly a part of its midwestern aesthetic, but whatever the source of Pera’s worldview is, it is readily applicable to Christian living.

The quiet life I so often desire can sometimes resemble one of resignation. I will keep my opinions to myself and in doing so make no attempt to change the world around me. There is another form of humility, however, that properly recognizes our smallness in the face of such global threats and prioritizes individual virtue in response. It can be hard to put into words the wholesomeness that Joe Pera embodies. Others have compared this tiny AdultSwim series to Mr. Roger’s Neighborhood and Twin Peaks: The Return, of all things. Despite the very pronounced differences between the three shows, they all achieve a similar effect: making goodness the most desirable thing in the world. It is a real, attainable thing, worth pursuing and cultivating and celebrating, in big ways and small.

Context Matters More Than You Think