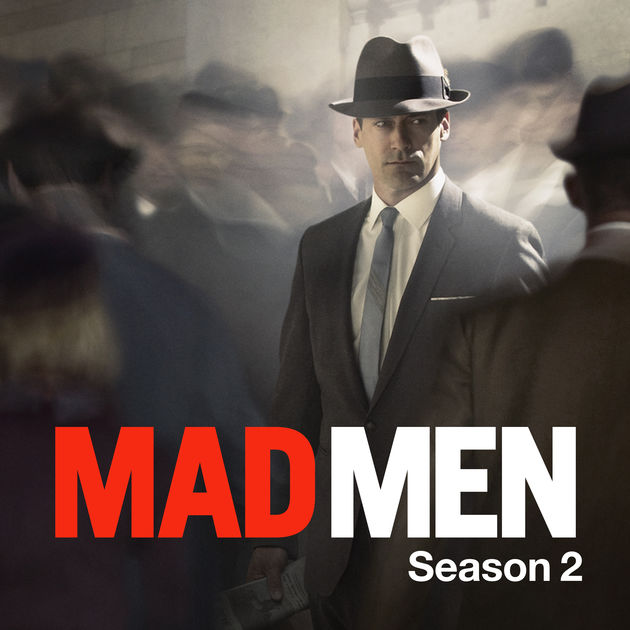 Over the next several weeks, FilmFisher will be proud to host a collaborative series of “Inside A Scene” essays on the television show Mad Men, covering crucial scenes from each of the show’s seasons. Last week, Joel Bourgeois wrote about the iconic Kodak Carousel pitch from Season 1’s “The Wheel.”

The second season finale of Mad Men takes place during the Cuban Missile Crisis, and concerns the way people respond to the possibility of annihilation. The threat posed by nuclear war is both imminent and abstract; near enough that some are prompted to seriously consider their mortality, distant enough that some choose to simply numb themselves by seeking bodily pleasure. Though the term is often used to refer to the end of the world, “apocalypse” simply means “uncovering,” and while “Meditations In An Emergency” does not conclude with nuclear catastrophe, it finds characters prompted to contemplation and revelation of what might otherwise remain hidden.

One such revelation concerns the attraction between Pete Campbell and Peggy Olson, which, like the child it produced, has been absent for some time when the episode begins. For him, she was an escape from the new marriage about which he harbored conflicted feelings; for her, he represented the exciting possibilities of her new life and job in Manhattan. This relationship died long before Peggy gave birth to Pete’s child without his knowledge, but in “Meditations In An Emergency,” events subtly conspire to summon its ghost.

Early in the episode, Pete and Peggy have a conversation about work in his office. He is reluctant to reveal that he has lost an account because of strife at home: “What am I going to say to Duck? That my father-in-law hates me?” She advises: “Pete, just tell the truth.” This discussion centers on the collision of two worlds, the home and the workplace, and suggests Pete’s ambivalence toward the former. Moreover, it corresponds to a later conversation, the subject of this essay, which also revolves around acts of truth telling.

As the scene begins, the office is emptying. Don Draper has just departed to return to his home, and we gather that most people are doing the same. Peggy, also leaving, stops to talk to Pete, who is smiling at her. “Why are you smiling?” she asks. “Because you’re still here,” he replies. Prior to this, amid domestic strife, Pete’s wife left the city to be with her parents, while he declared, “If I’m going to die, I want to die in Manhattan.” Faced with mortality, Pete decides to value work over home. That Peggy also remains in Manhattan amidst looming crisis cements, in Pete’s mind, that they share something he and his wife do not. In his essay on “The Wheel,” Joel Bourgeois wrote that the attempt to find one’s identity in the past was a key theme of Mad Men, and while Don Draper spends much of the show attempting to escape his past, here we find Pete, dissatisfied with the present, attempting to locate his identity in a skewed version of the past. He wants to be the Pete with whom Peggy was infatuated, not the Pete who feels smothered by his wife’s love and hemmed in by the obligation to love her in return.

Pete invites Peggy into his office for a drink and, after hesitating briefly, she accepts. Here, the mise-en-scène layers the conversation with several meanings. The conversation takes place on the same couch on which they had sex in the past. Peggy sits down next to a toy rifle, which Pete got from a store by exchanging a wedding gift (an infamous Chip ‘n Dip). Throughout the scene, the rifle will be visible over Peggy’s shoulder. It, and she, represent the independence that Pete views as a sign of manhood, which his marriage has taken from him. However, what Pete sees as mature is actually adolescent. Over Peggy’s other shoulder is an autumnal lamp decorated with falling leaves. Summer is the season most associated with childhood freedom, but it is over now, because Pete and Peggy have both grown up.

“Why are you still here? Trudy must be worried.” Peggy’s first words distance Pete from herself, and over the next several exchanges, Pete attempts to close this gap and gauge whether it is safe to tell Peggy what he feels. Referring to their earlier dialogue, he asks, “Can I tell you the truth?” Peggy’s reply – “Why wouldn’t you?” – communicates that he can safely reveal himself to her, but her flippant tone suggests she does not expect anything weighty. In this professional setting, she likely expects the conversation to turn to work, the subject of their first exchange about telling the truth, but in both cases (recall that the first exchange was about Pete’s father-in-law), the divisions between the professional and the personal become blurry.

“I’ve been thinking about everything that was going on. And I thought, who would care if I was gone? … I mean, Trudy would care, but she doesn’t know me. But you do. And I know you.” The truth Pete wants to reveal to Peggy has nothing and everything to do with work. Prompted by impending death to reevaluate his priorities, Pete realizes that he longs to be truly known, and decides to locate his authentic self in the workplace, rather than the home. However, he fatally misinterprets the importance of the two spheres, and, by extension, misjudges his and Peggy’s knowledge of each other: “I think you’re perfect,” he tells her, but, for the first time in the scene, she flatly contradicts him: “I’m not perfect, Pete.” Peggy sees both Pete and herself clearly. She is aware of her own flaws, and aware that, whatever he may say, there is little evidence that Pete truly thinks she is perfect. Because he has wrongly overvalued one half of his life (work) and undervalued the other (home), he is misrepresenting himself.

Nevertheless, he persists: “I love you. And I want to be with you.” At this point Peggy smiles slightly, wistfully, and allows him to take her hand, though she does not look up to meet his eyes. At one point, these may have been the very words she wanted to hear from Pete, but the past knowledge he presupposes they share – “Didn’t you know that?” – no longer exists. Still, she wants the same thing he does: to reveal the truth about herself, to be known by another.

Earlier in the episode, Peggy goes to her mother’s church and speaks to a priest, who tells her, “Unless you unburden yourself, you cannot know peace.” Because of his boyish face and haircut, Father Gill bears something of a physical resemblance to Pete, and it is Pete, filling the role of priest, to whom Peggy delivers her confession. However, Pete offers no absolution; indeed, he is able to offer little understanding. “Are you serious?” he says, upon hearing that Peggy gave birth to his child and gave it away. “You can’t be serious.” Though he began the conversation by saying he wanted to share the truth with Peggy, he is not at all ready for her to share the truth with him.

By way of explanation for her choice, Peggy only says, “I wanted other things.” Pete is drawn to her because, as a coworker, she represents freedom from the constraints of his family. However, their union only leads back to the family: it makes them parents. By discarding the child in order to pursue her career, Peggy, like Pete, has chosen the workplace over the home. In essence, she has done to him what he wants to do to his wife. As she leaves, she lays a hand on his shoulder – a gesture of understanding, though not love, because love is the province of the home, which Pete has rejected. The rational, transactional workplace does not allow for emotion, and though a tear begins to seep from Pete’s eye once Peggy leaves, the scene stops short before it falls.

Immediately, the episode cuts to a pointed contrast, as Don, entering the door of his house, is greeted, “Daddy! You’re home!” However, like Pete, Don feels unknown in his own home, and his wife looks ambivalently at him when he sits beside her. The episode fades back to a wordless image of Pete, sitting alone in his office with the toy rifle, and then to Peggy, who is alone at home. Of the three, only Peggy seems to be at peace. Having confessed to Pete and unburdened herself as the priest advised, she prays, crosses herself, and falls asleep.