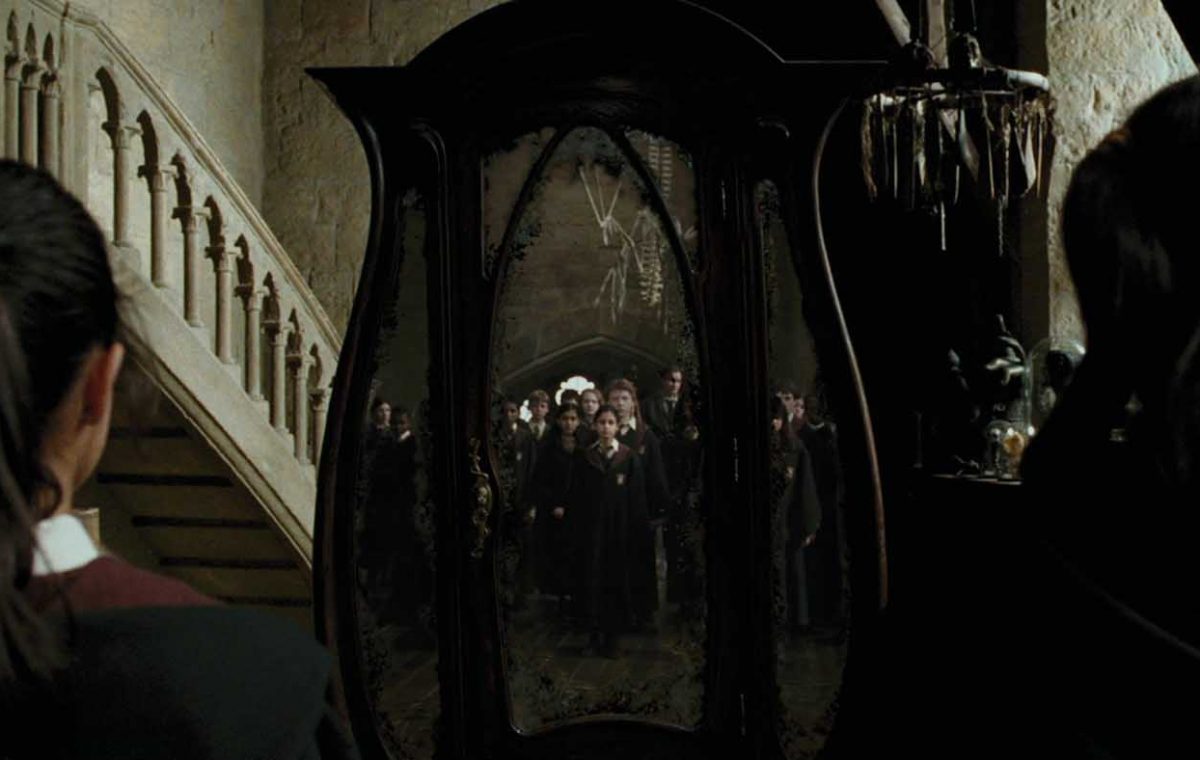 Harry Potter and the Prisoner of Azkaban is the best of the eight Harry Potter adaptations by a great margin, and part of that stems from director Alfonso Cuarón’s handling of the material. Rather than going for a straightforward adaptation, the director and writer Steve Kloves opted to dig deeper, utilizing several key themes around the coming-of-age in some strikingly visual ways while never losing sight of Harry’s emotional journey throughout all the magic and mayhem. The result is a film that possesses Cuarón’s singular filmmaking voice while also retaining its scope as a blockbuster. So the film is the strangest of things: it’s wholly accessible to a wide audience but never feels like a corporate product, something that just sounds utterly alien here in 2018.

Part of what makes the film work so well is how Cuarón latches onto several visual motifs that have a dual purpose thematically. Prisoner of Azkaban, at its core, is about the last vestiges of adolescence. All of its teenage characters are becoming cognizant of their own space amongst a crowded world, and yet, there’s still a piece of them stuck in the past, still wide-eyed children. The story sees Harry (Daniel Radcliffe) in particular confront the fact he never knew his parents. He learns from several professors around him about what they were like, only to ultimately make his own memories of them in order to survive.

But where Cuarón gets the most mileage from his adolescence lost narrative is in the very tangible way he explores the nexus between fear and happiness. Harry, Ron (Rupert Grint), and Hermione (Emma Watson) partly shed their adolescence because of the world around them. J.K. Rowling’s Hogwarts is a beguiling place, one of unabashed whimsy and frightful dangers, and in Cuarón’s hands, there’s something deliciously gothic about the school, how each corner and hallway holds something mystical but possibly dangerous. This is also the story which introduces the terrifying Dementors, still the scariest creatures from the entire series. In a clever twist, the Dementors drain souls by sapping the happiness inside their victims. Even crueler, they tend to go after people who are afraid of them the most, so poor Harry becomes an unwitting victim to the point where he fears how the Dementors make him feel more than Lord Voldemort himself, who took everything from him all those years ago.

One of the best scenes in Harry Potter and the Prisoner of Azkaban, and perhaps one of the most pivotal to the film’s thematic rhetoric and visual extrapolation, is an early sequence during Defense Against the Dark Arts where new professor Remus Lupin (David Thewlis) teaches the kids about a creature named a Boggart. In the scene, Lupin explains to the crowd of students that what’s inside the shaking cabinet is a creature that has no true form of its own. It’s a shapeshifter that takes the form of what scares you most. But there’s an easy solution to defeating a Boggart: laughter. Lupin teaches the students a spell, aptly named Riddikulus, which turns whatever form the Boggart’s assumed into absolute parody. After a demonstration, Lupin has the students line up, where several of them get to confront their fears head on, turning them into something silly or funny and conquering the beast with laughter.

Things go a little differently when Harry gets up there. The Boggart, in the shape of a jack-in-the-box from a previous student, teeters back and forth, menacingly reaching towards Harry. In that moment, even Lupin becomes worried at what shape the Boggart will take for Harry. We might assume it would be Lord Voldemort himself, which would be apt since Harry faced off against the phantom back in the first installment. But the Boggart becomes a Dementor, and Harry freezes. Lupin throws himself in front of his student, allows the Boggart to assume a new form, and then banishes it back into the cabinet.

It’s an utterly simple scene, very straightforward in its intentions, and it’s not as if the series hasn’t had other classroom-bound scenes that are meant to teach the characters and audience of some plot device that will come in handy down the road. But what distinguishes this scene, for starters, is that we aren’t so much introduced to any piece of information that Harry and company will use later (save for an important visual involving a full moon… but only Hermione is clever enough to decide what it’s significance is) but more that we are thrust into a thematic debate concerning the tenuous line between what terrifies us and what makes us laugh. And we see just how far Harry has to go in conquering his own fears. Cuarón’s entire film is made up of this debate, balancing fear and joy constantly, but it’s in this scene where we see that macro debate shrunk down to a microcosm.

Visually, Cuarón is also doing something remarkable with this scene. The film has many motifs, chief among them being doubles and mirrors, both of which are explored in this segment. The scene itself opens up on a tracking shot that seems to take us right into a mirror, bringing us into the scene with a very clever visual trick. But mirrors are interesting because they are reflections, and in Prisoner of Azkaban, there are many characters who have false reflections, such as Sirius Black (Gary Oldman) and Peter Pettigrew (Timothy Spall). Harry himself is mirrored by his father, as the father and son become conflated via imagery in the film’s big finale. In this Boggart scene, the mirroring is true of the Boggart’s ability to become whatever scares someone the most. In a deeper sense, what frightens us is often the darkest side of us, the thing about ourselves we are most wary of.

Something like the Boggart exists as an embodiment of that fear, but arguably, it’s also a double. Lupin never says that the Boggart has no form of its own, only that nobody’s ever seen it because of the creature’s tendencies to transform. So when it’s taking another form, it’s actually doubling. In this way, the Boggart even becomes a mini Jungian shadow or id, choosing its form based on the darkest side of its victim. But another double during this scene is actually Lupin himself, who is a werewolf in secret. The Boggart transforms into a moon as he jumps in front of Harry, highlighting that his greatest fear is the inescapability of his own monstrousness. In horror canon, werewolves are the best kind of doubles and dopplegangers, because a person is often not in control of the way they take on two different personalities and even forms. A Boggart can seemingly control that, but Lupin cannot.

Laughter stems from a deep sense of joy, which is the complete antithesis of fear. During the course of Prisoner of Azkaban, Harry, who genuinely has very little to be joyful about given the way his life has gone up until this point, learns the importance of finding that emotion in the little things. He first confronts his fears as a child, then matures throughout the entire film thanks to mentors and friends, and only vanquishes what scares him the most in the end because he finds joy.