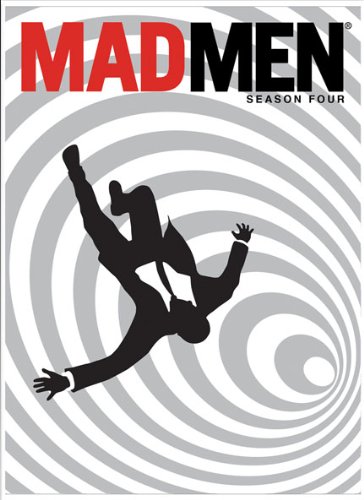 FilmFisher is proud to host a collaborative series of “Inside A Scene” essays on the television show Mad Men, covering crucial scenes from each of the show’s seasons. Last week, Joel Bourgeois examined Season 3’s infamous lawnmower scene.

The beginning of Mad Men’s fourth season is a period in which Don is separated from the things he loves — his marriage, his home life and his hookups. Moreover, the agency he started may go under without Lucky Strike, its biggest client.

Because of this loss, he begins to examine his inner life by journaling and meditating (viewing the abstract painting he purchased from Midge in “Blowing Smoke”). As uncomfortable as this is for Don, it’s the best thing for his soul because change doesn’t happen without loss. However, he’s uncomfortable with the fact that both his professional and personal life are up in the air and feels the need to nail them down. In an effort to salvage his professional life, he rips out the pages of his journal and begins writing “Why I’m Quitting Tobacco” to take a swing at Lucky Strike and attract new business.

That gets him a meeting with the American Cancer Society. On the morning of the pitch, his girlfriend Faye wakes him up. He’s disheveled and groggy, but she’s dressed for work, which gains more significance towards the end of the episode. He tells Faye that he has a sick feeling in the pit of his stomach, and she suggests the sick feeling isn’t caused by pre-pitch jitters, but the hateful parts of himself that need attention.

“Listen, maybe it’s not all about work. Maybe that sick feeling might go away if you take your head out of the sand about your past… You don’t have to do it alone, and if you resolved some of that you’d be more comfortable with everything.”

“And then what happens?”

“And then you’re stuck trying to be a person like the rest of us.”

Faye points out that Don’s avoidance of his past isn’t an act of bravery or stoicism but fear, and she encourages him to process those things by telling him that he doesn’t have to worry about being alone.

Don then goes to the meeting and shares his strategy to prevent teens from smoking. The cigarette companies promise adulthood in their ads, but his ads will remind teens that growing up means they’ll die. The board loves it and offers him another meeting in California, where he takes his children and Megan with him to Disneyland.

In an interview, Matthew Weiner said that the episode investigates the choice we need to make as we live. Do we become the person who listens to “that realistic quality that accepts who you are and tries to live with that?” Or do we embrace “that delusional quality to say I can be whatever I want?” Disneyland is the perfect place to manifest the episode’s themes about the tension between fantasy and reality, and it seems Don is trying to get the best of both worlds.

Like many viewers, I was surprised and disappointed by his choice of Megan over Faye, but the choice makes a lot of sense when one considers how Don’s fears motivate him. Faye might be a play on the word “fae,” meaning fairy — a creature which resides in an unknown and perilous realm. At the beginning of “Tomorrowland”, she suggests that Don venture into a similarly perilous realm — his past — and try to reconcile himself to it. While Don and Faye seem like a perfect match on the outside, the name Faye, with its spiritual and immaterial connotations, places her as a direct opposite of Don — a nihilist who believes that the world is solid through and through. He tells Rachel Menken in season one, “what you call love was invented by guys like me to sell nylons.” Higher, transcendental powers were invented to make a profit, not to bring people closer together.

Megan, on the other hand, doesn’t represent something perilous to Don. He admires how she easily takes care of his children and sees in her the mother he never had. He’s not simply impressed by Megan’s babysitting ability, but yearns for her compassion and brightness to fill up his own life.

Furthermore, as hostile as Don has previously been towards love, it seems his proposal to Megan reverses his stance and gives him hope about his future, while also revealing the ways in which love has molded his thoughts about the universe. He tells Megan:

“I’ve been thinking about you. I don’t know what it is about you, but I feel like myself when I’m with you… The way I’ve always wanted to feel. I’m in love with you Megan, and I think I have been for a while… Did you ever think of the number of things that had to happen for me to get to know you? But everything happened. And it got me here. What does it mean?”

Like his conversation with Faye, this too takes place in his bedroom, but unlike the beginning of the episode in which Don is groggy and unprepared, he’s the one dressed for work and Megan is the one with bed head. Although Don is being honest with Megan and telling her that he loves her, the fact that he’s clothed, polished, and in a position of power makes me question how vulnerable he’s actually willing to be.

The topic of their discussion is also very different from the one with Faye. In the beginning he tells her that he feels sick, but now he tells Megan that he feels great. I think this feeling stems from the fact that Megan knows less about him and doesn’t require him to do the hard work of seriously considering himself, which was causing him so much anxiety while he was with Faye. While this doesn’t bode well for the rest of their relationship, virtually every scene in Mad Men has plenty of good to go along with the bad and there is some light in this interaction.

Don’s motto for himself and others is to “move forward,” but now he no longer wants to forget his past or run away from it; he wants to embrace it, look back on it, and trace all the events that brought him to Megan.

Yet as Timothy Lawrence puts it, this embracing of his past is “highly selective, romanticized, and not entirely consonant with Faye’s advice to work through the more sordid parts of himself.” Don is straddling the line between fantasy and reality. He admits to Megan that he’s “done things” which he needs to deal with, but he imagines that it will be easy to do and won’t affect her. While Don’s selectivity indicates that he’s is unable and fearful about introspection, his proposal reveals that his previously hopeless view of the universe has changed.

Season one has Don on the record saying that “there is no system” guiding human affairs, yet as he proposes, he wonders if events were ordered by some power with the divine purpose of bringing him and Megan together. Love challenges Don’s nihilism and signals what could be the emergence of a more hopeful (and spiritual) person.

Initially, the title “Tomorrowland” suggests fantasy and perhaps child’s play to the viewer, yet it begins to take on a new meaning in light of Don’s changed beliefs. The idea of Tomorrowland sheds its immaturity and becomes something that’s too good to be true. If there is some sort of cosmic power guiding humans, then maybe that plan will lead them to another place.  Perhaps Don momentarily stopped condescending to the idea of Heaven, and viewed it as something well above him. In some ways it’s still a hopeless place to be because he’ll never get there on his own strength. Yet like resurrections and utopias, it’ll take take something beyond him to get there.