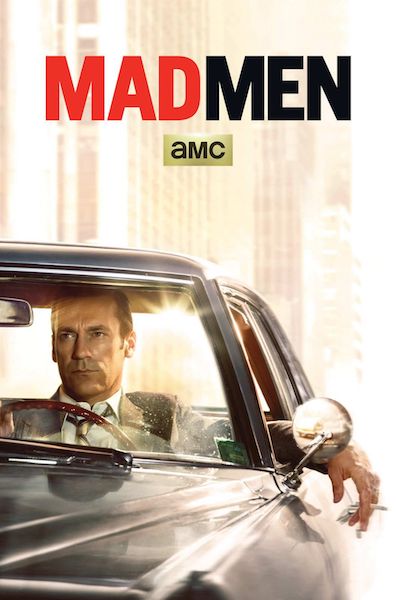 This is the final installment in FilmFisher’s collaborative series of “Inside A Scene” essays on the television show Mad Men, covering crucial scenes from each of the show’s seasons. Last week, Evan Stewart discussed a memorable musical number from the penultimate season finale.

This is how college went for me: I thought I knew everything my first year, then one of my professors got fed up with my fat mouth and told me to stop talking in front of the whole class. I hardly said anything in my classes for the next two years because I was nervous people would judge me. In my senior year, another professor told me, “You aren’t your ideas,” which was an exhortation to be less afraid of what people thought of my contributions. Some of my ideas are indeed terrible, but that doesn’t mean I’m terrible. Unfortunately, by the time I took this to heart and tried speaking with more humility, bravery and thoughtfulness, I graduated.

No one ever told Don Draper what my professor told me — that his worth was distinct from his ideas. Young Whitman wanted to prove that he wasn’t a mistake, but he never had the courage or the audience to make his appeal. Advertising is the perfect career for Don because it gives him an opportunity to prove the worth of his ideas and himself on a daily basis.

At one point Don says, “our greatest fears lie in anticipation,” which is true, but there’s a deeper fear as well; he’s afraid that he’s easily rejected. At the end of season 2, Don writes to Betty, “I understand why you feel it’s better to go on without me and I know that you won’t be alone for very long, but without you I’ll be alone forever.” Both the fear of rejection and anxiety about the unknown are present in his words; he’s despairing over what his life will look like without the woman he loves. Who can blame him? It’s terrifying to be rejected by beauty.

Don isn’t the only one who fears being easily dismissed. Everyone in the show has a flaw or habit for which they are rejected and cover up, and order to combat this rejection, characters try to buy acceptance. The catch is they can’t buy it. As George MacDonald says in Lilith: acceptance “is too fine a thing to ever be earned.” Or as Rihanna says, acceptance isn’t “something you take, it’s given.”

The yearning to buy and be accepted by beauty is especially prominent in “The Golden Violin” (2.7). Bert buys a Rothko, knowing that its value will double in the following year. Ken, Sal, Harry, and Jane break into his office and catch a glimpse of it. Harry and Sal try to figure out what it means, which is their way of trying to possess the beautiful thing — if people can understand the meaning of a thing then they have a degree of control over it. Yet the Rothko doesn’t yield to their interpretations, which is to say it rejects them, and Harry gets nervous when he can’t figure it out. Again — it’s terrifying to be rejected by beauty.

That idea of just gazing in wonder at beauty is unheard of in Mad Men. Herb from Jaguar doesn’t want to admire Joan’s beauty, he wants to sleep with her. Jim Hobart can’t admire the work of SC&P, he needs to own it (and in owning it, he destroys it). This desire to possess the beautiful thing is born out of a need to be loved, and Michael Ginsberg taps into this desire with his tagline for Jaguar: “At last, something beautiful you can truly own.” He understands that the buyer lives in a world where few people know them and fewer people want them, but they can finally own something beautiful which will never reject them.

Although rare, moments in which characters don’t need to buy or coerce acceptance still exist in the show — they’re just overrun by the hustle of Madison Avenue. One such delicate and nearly unnoticed moment of acceptance takes place between Roger and Peggy on their last day at SC&P in “Lost Horizon.”

Roger gives Peggy a painting, “The Dream of the Fisherman’s Wife,” which belonged to the late Bert Cooper. Roger suggests that she hang it up in her office, but Peggy is understandably shocked and nearly gives it back on the grounds that she’s “supposed to make men feel comfortable.” Roger responds to Peggy’s misgivings with, “Who told you that?” Although Roger’s question is rhetorical and a product of his spiteful, witty, drunken, contrarian attitude, his comment is still liberating for Peggy. He disdains the idea that Peggy should reject the parts of herself which are different in order to ingratiate herself with a certain group of people. Roger’s acceptance of her uniqueness helps her accept herself and gives her the bravery she needs to work at McCann.

The works of art, Peggy, and Bert are all connected by how unsettling they are. People are disturbed by the paintings, clients are put off by how Peggy is both talented and female, and Bert has always remained an enigma. The part leading up to the scene between Roger and Peggy is unsettling as well. Peggy hears some rather creepy organ music and investigates its source. This isn’t the only time the office has been haunted; in “The Suitcase” (4.7), Don watches Anna depart this earth. Dawn and Peggy frighten each other at the office together during the riots (5.4). Don stares down the elevator shaft into the abyss after Megan quits (5.8). Cooper appears in Don’s car as he drives to Wisconsin (7.6). All of these moments remind viewers of the supernatural, and while Mad Men isn’t a horror story, it’s certainly a ghost story. As Timothy Lawrence puts it:

“The ghosts the characters are haunted by are not literal ghosts but ideals—hopes for the future and (often tormenting) memories of the past. They are constantly bumping up against the dreams, desires, and parts of themselves that they don’t understand, and which therefore carry the bewildering import of supernatural intrusions into a very demystified world.”

Their lives are indeed demystified. The Jet Age announced a time when man could touch the sky and prove that the stars weren’t actually holes in the fabric of the heavenly realms; he no longer stood in wonder but in control of the world. Yet Bert reinfuses the world with wonder and the numinous. His eastern aesthetic and request that people take off their shoes in his office remind people of this. They might not be on holy ground, but they’re not as steady or as sure of themselves when they’re around him.

In “Lost Horizon,” Roger gives Peggy a painting. In the following episode, Betty gives Sally a letter and Don gives his Cadillac to a kid so he can have a second chance. The best things in life truly are free.