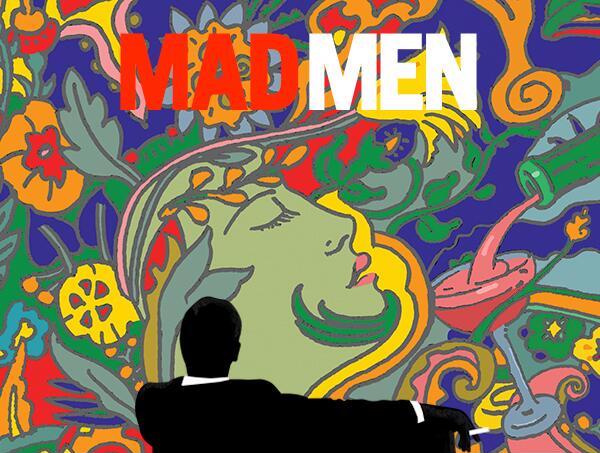 FilmFisher is proud to host a collaborative series of “Inside A Scene” essays on the television show Mad Men, covering crucial scenes from each of the show’s seasons. Last week, Timothy Lawrence analyzed a monologue from the sixth season’s “The Flood.”

If something is on television, chances are it’s been done before. This is no less true of Mad Men. TV might not be the last or latest medium for human expression, but its ideas and artistry have filtered down from so many sources that hardly anything can be called “new.” For a show set in the 1960s, this is especially unavoidable. Creator Matthew Weiner’s encyclopedic knowledge of the decade extended well past the usual associations conjured up by popular historical fiction. At times, the creative team paid such attention to detail that the series might as well have been made in the era in which it is set. Still, its influences are often obvious and undeniable, particularly for anyone with an above-average understanding of film and literary history.

If the series has one true link to the past that it recreates, it is Robert Morse. The actor’s career began in 1953 and arguably peaked during the decade covered by Mad Men, first in 1961 with his starring role in the Broadway musical How to Succeed in Business Without Really Trying and the film adaptation released six years later. Though there are no doubt other older actors amidst its large ensemble, Morse is the most prominent. At Sterling Cooper and then again at Sterling Cooper Draper Pryce, Bertram Cooper serves a similar function to the actor who plays him. One of the original company’s two founders in the 1920s, Cooper has been mostly relegated to the fringes of the company by the time the 60s roll around. Though his years in the business lend him a certain expertise, he is more notable for his eccentricities, including a deep love for Japanese culture. As the series progresses, Cooper is further sidelined, rarely serving a dramatic purpose beyond comic relief or the occasional word of wisdom. Nevertheless, this figurehead has an essential presence within the company, just as Robert Morse does within the show itself.

In “Waterloo,” the final episode in the first half of Mad Men‘s final season, it comes time to say goodbye to both the character and the actor. In one of the show’s most shameless bits of homage, the episode sends him off with a musical number, giving Morse a chance to shine in the role in a way he never had before. Appearing to Don in what one would assume is a vision or a dream, the “ghost” of Bert Cooper sings Ray Henderson’s “The Best Things in Life are Free.” It’s a beautiful moment and a fitting one. No sentiment could be more antithetical to the practices of an advertising agency or more in keeping with the drama’s themes. More than anything else, however, it articulates the love Mad Men had for every one of its major characters, a noteworthy trait given how unlovable its characters often are.

The final image of the previous episode crystallized a fundamental concept – the idea of the workplace family, something The Mary Tyler Moore Show pioneered decades before. Don, Peggy, and Pete all sit down for a meal at Burger Chef, a restaurant they plan to pitch as a distraction free environment for families to eat with one another.

“What if there was another table where everybody gets what they want when they want it? It’s bright and clean, and there’s no laundry, no telephone, and no TV. And we can have the connection that we’re hungry for.”

Television has so infiltrated American life that it now must be escaped. Early on in “Waterloo,” however, the entire cast is united across geographical boundaries, around the television, in order to watch the moon landing. But it is the moon, not the television, that brings them together. Though it relays an extraordinary achievement, the broadcast is at least partially an attempt to make new something that has always been there.  When Cooper reappears, seemingly back from the dead, he reminds Don of this:

His song complete, Cooper steps into an office and shuts the door, disappearing forever.

No matter how beholden Mad Men might be to the past, it still knows here that its end is fast approaching. After years of evading acquisitions, the partners at Sterling Cooper Draper Pryce vote to sell the company and sign five year contracts with McCann Erickson. Roger Sterling initiates the sale in an attempt to prevent Don’s ousting and to “save the family,” according to Matt Weiner, but even if the family has been saved, it has lost its patriarch.

Virtually every season finale ends with an image of Don alone, but for my money, this might be the saddest. If he did not realize the importance of this surrogate family before, he knows it now as he is confronted with its fragility. What he does with that knowledge remains to be seen.

“Waterloo” looks to the future, with only seven episodes left to finish its story. I know how Mad Men ends and more likely than not, so do you. And yet I can’t help but feel that uncertainty all over again. It doesn’t matter if this story has been told before, or that I’ve already seen it. It can always be rediscovered. Therein lies its vitality. Though I am not ready to revisit the show in its entirety, I am always looking forward to the day when I do.