The Metaphysics Of Moving Pictures And Still Images.

The Metaphysics Of Moving Pictures And Still Images. 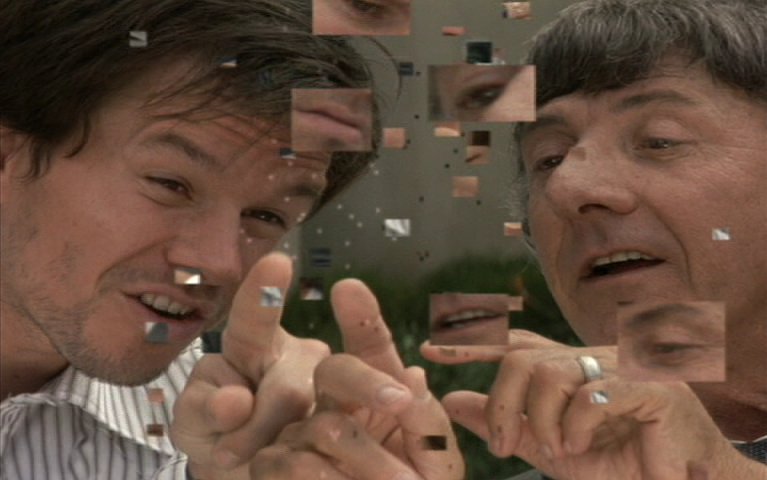 While no longer in fashion, during the 1960s and 1970s, many films concluded with a still frame as opposed to a moving image which faded to black. The expression “moving picture” (from which we get the term “movie ) is something of a misnomer, though, because the “moving” nature of “movies” might be understood as pure illusion.

Images in films don’t move, but only appear to move because they are shown in such rapid succession that the brain does not register the blank space, the nothingness, the distance between the images. “Moving pictures” are nothing more than still, separated pictures, inert pictures, connected in such a way that the blank space becomes invisible. Who cares, though?

And yet, on a philosophical level, quite a lot rests on whether we believe the continuity suggested in “moving pictures” is an illusion, or whether the continuity the brain supplies between the images is the real, living participation of the audience in the reality of the film.

If it is the latter, the viewer is the Spirit of the film, animating and enlivening the inert, isolated and lonely images— giving them personhood and life. Apart from the imaginative generosity of the audience, though, mystically bridging every single still image to every single still image which follows, the George Bailey in the first act of It’s A Wonderful Life and the George Bailey in the third act are merely similar in appearance and circumstance. If a story is to remain coherent, and if It’s A Wonderful Life is to be the story of George Bailey, and not a lot of men who look like George Bailey and live similar lives in a similar looking town, the audience must mystically unite those still images into a single, unified whole.

Such anxieties are hardly distinct to film and have been debated in scientific and philosophical communities for some time now. Is everything ultimately connected in a single, unified plenum? Or is the unity of any object ultimately an illusion— is there only empty space?

When Bernard tries the same explanation on the distraught Tommy, the following exchange occurs as the screen itself fractures and the characters begin debating whether or not anything is connected.

Bernard: It’s not magic. It’s just the way things are. You and me and the air are actually tiny particles that are swirling around together. Look right here. You see?

Tommy: Okay. But look at the cracks between these particles and the cracks we fall through, the holes of nothingness.

Tommy: Yeah, and then tinier cracks between the connections.

Bernard: And even tinier connections.

Tommy: And even tinier cracks.

Bernard: Yeah, but if you look close enough, you can’t tell where my nose ends and space begins, because they’re unified. See?

Bernard’s point, that you cannot tell where his nose ends and space begins, is an expressly Trinitarian one; the unity of the end of his nose and the space beyond his nose is a footnote to Plato’s “law of the triad,” which suggests no two things can be connected without a third. From who or what does Bernard suggest that unity derives? He does not say. Where should we say the unity derives? Within the realm of film, we claim the viewer provides the unity, and within the realm of all creation, God is that unity.

Because God is perfectly Simple, God is perfect Unity, and thus bestows unity between all objects, contextualizing all and granting ontological reality to all things. If there is no God standing as a Holy and Final Third in all relationships, then Tommy is correct and all things are ultimately separate, and thus ultimately without context, and a thing without context is nothing at all.

At the same time, the “moving picture” suggests the infinite because it involves a relationship between Speaker, Word and Interpreter, which is an irreducibly complex relationship. There can be no Speaker without the Word spoken, and the Word cannot be spoken unless there is a Recipient who receives the Word. So, too, in film: the first still image is the Speaker, the following still image is the Word, and the audience is the Recipient who interprets the Word by unifying himself with Speaker and Word in a sudden, mystic, intuitive knowledge of Both. No single, first Word is meaningful without a prior Word spoken (no word can be defined without prior words), and thus Speaker must always be speaking the Word and the Word must forever be Heard by the Interpreter. If the Word came into existence after the Speaker, the Speaker would not always be the Speaker, for there would be a time He was silent. Finally, there can be no first Word; there may only be an Only Word, and for this reason, Christ is the Only Son.

For this reason, all three Persons of the Trinity are co-eternal; when the audience supplies the continuity between the first image and the second image, the audience does so suddenly, mystically, intuitively.

It would seem, perhaps, there is something unitarian about the film which concludes on a single, still image. And yet, this is not the case, for there is something no less suggestive of the infinite in the still picture than the “moving picture.”

The “moving picture” is manifestly chronological; first this image, then that image, then the image which follows. A movie has a beginning and a middle and an end, and must be interpreted as a series of events. On the other hand, the still image suggests the infinite because it is without beginning, middle and end.

Look at a photograph. It does not begin anywhere nor end anywhere. It might be argued that the borders are “the end of the picture,” but it could just as easily be argued the borders are “the beginning of the picture.” The image is no less the beginning of the thing depicted as the end. The image is anti-chronological, and for this reason, while we might argue that “God tells stories,” we might also argue that God grants a single, unified image which only appears to move, though that appearance as an illusion of our own finitude.

In truth, God perceives all things at once, just as an eye perceives an image at once, and so reality seems less a story than an image. For this reason, we are free to depict God in stories and narratives and chronologies, but the infinitude of God suggests we must present Him in images, as well. For this reason, the film which ends in a single, still shot is theologically astute; in the eschaton, when all things are fulfilled, and God is “all in all,” reality is no less dynamic than gloriously at rest. The image is art at rest.

Inside A Scene: The Remains of the Day