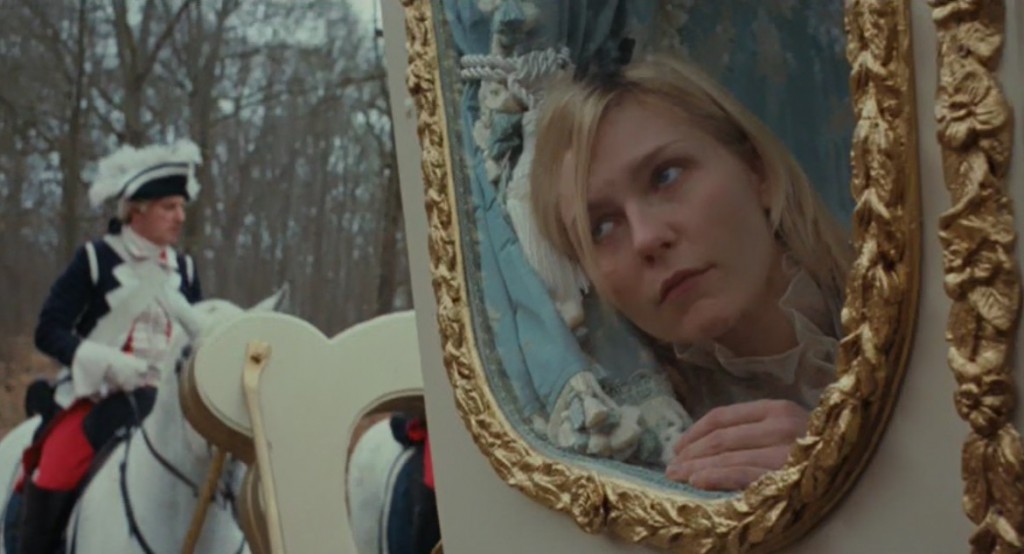 Depending on how narrowly you define “drama,” I’m not sure Sofia Coppola has ever made one, though all her films get classed as such. When I think of a drama, I think of Ordinary People or Rain Man, something with a little high-vaulted emotion, a confession, dynamic characters and perceptible change. Someone gets judged at the end of a drama. Someone storms off, never to return. Someone admits they were wrong. These kind of events never take place in Coppola’s movies. She is hesitant to judge, and the battery which runs a drama is judgement, arbitrating right and wrong, guilt and innocence. Drama requires active characters. Coppola trades in passive characters.

Coppola has finished five films in the last fifteen years and they all open with some central character in the passenger seat, looking out at the world drifting by. Lost in Translation begins with Bob Harris (Bill Murray) dozing in the back of a taxi cab from the airport to a Tokyo hotel. Ironically, Charlotte (Scarlett Johansson) is also sleeping when we first see her. Both characters will complain of sleeplessness for the rest of the film. They keep each other awake, which seems the smallest possible requirement any relationship could be asked to meet. At times, it is hard to tell who is keeping who up, though. Bob and Charlotte don’t say much to anyone or to each other, although Coppola walks comfortably in quietude; in this way, her films are tightly true to life. Most of the time, her characters aren’t talking, just like most of the time, you’re not talking. We spend the greater portion of our days listening and thinking. Talk is relatively rare. The demand for active characters might be fair, although I think it often belies our impatience and the narrowness of our interests. What renders a person passive? How do we arbitrate between a situation which requires action and a situation which requires contemplation? As most of our lives are spent listening or thinking, so most of our lives involve mindless performance of uncritically-accepted, yet apparently necessary tasks, like driving a car or heating up a meal. Coppola’s passive characters are never mindlessly passive, though. We often sense they are deeply drinking in their environments, biding their time, choosy about what deserves a comment.

Marie Antoinette begins with the titular Marie taking a long carriage ride from Vienna to France; the director does not allow the period piece trappings of the story to keep her from a passenger shot. Here, Marie awakes from a nap to think about her upcoming marriage to a complete stranger.

She will quickly surrender to life at Versailles and allow the course of court life to sweep her along; both the interesting minutiae and tedious mundane of royal life is shuffled-in with shots of Marie hearing news of the precariousness of her position or war with a wordless confusion or sadness. Early in the film, she sticks her neck out at an opera and applauds a singer’s performance; though it is thought uncouth to clap, the rest of the audience joins in out of deference (or love, perhaps) of Marie. When the queen tries the same stunt late in the film, and near the time of the Revolution, no one joins in. While I never sense Coppola judging Marie in that later moment, the queen takes a stinging reprieve for making a sound. Only a scene later, a mob comes to destroy the palace, and Marie appears on a balcony, silently and humbly bows, and the people are pacified. Silence is peaceful; sound is violent.

Cleo is the youngest central character in Coppola’s films, though she is arguably the quietest, as well. While I have seen Somewhere three times, most recently two days ago, I can remember exactly none of her lines. Here, her father Johnny drives her to an ice skating lesson; she gazes up at the clouds, just as Marie did.

A silent character commends a different kind of attention than a talking character. We might second guess and question any line of dialog, wondering how well a character is expressing their thought. We might wonder if a character is lying, or exaggerating the truth, or misdirecting another character. We rarely wonder what a speaking character is thinking, though. We tend to wonder what they are doing, or why they are doing what they are doing. With a silent character, however, we wonder, “What is this person thinking?” which is really the question most of us are asking most of the time. Human beings are consummate liars. We lie all the time. We lie without thinking about it. We lie with no motive. We know it, and so we wonder, “What is that person thinking?” because any fool could tell what they’re saying.

Here, Coppola hides Johnny’s face behind sunglasses and a five o’clock shadow. Cleo’s face is turned to us, near us, and surprisingly open to us. Johnny will talk through most of the scene. He believes they are being followed by paparazzi, although Cleo seems disinclined to believe it, and disinterested even if it is true. What does she care about? What is she thinking in this moment? We’ll spend the rest of the film getting a slowly crafted answer. 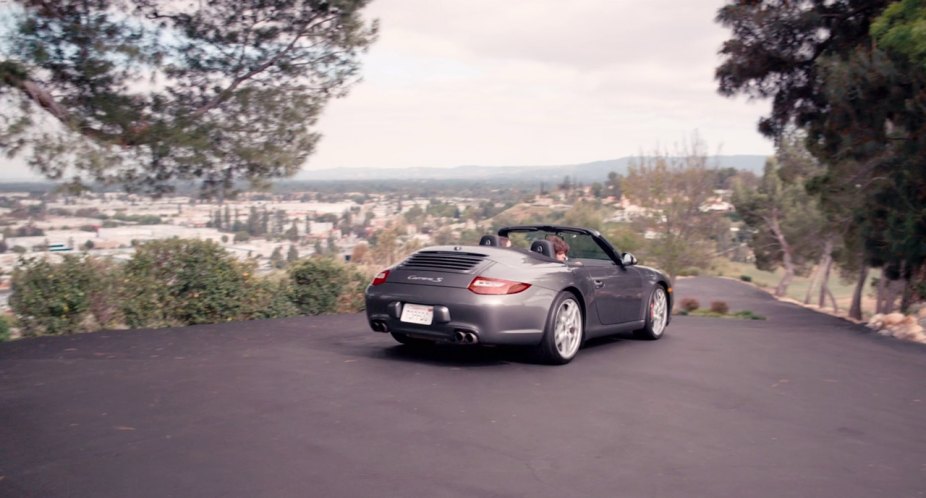 At least three key scenes in The Bling Ring occur in cars, though this is the first one, wherein Marc fails to register any dissent whatsoever to Rebecca’s senseless theft of a Porsche. She walks into a stranger’s unoccupied house, finds the keys and takes the car for a spin.

The Bling Ring is both the chattiest and least chatty of Coppola’s movies; Marc says little, though his friends are senseless babblers. At times, it seems fair to question the extent to which Marc is a real character as opposed to a named extra who just happens to appear in many shots of the film and mutter something, from time to time, which the boom mic happens to pick up. As is suggested by Coppola’s standard introduction of her characters, Marc is merely along for the ride.

Which is dangerous. While The Bling Ring is certainly the lightest and airiest creation of Coppola’s, the film fulfills a threat which, I suppose, has lingered over all her films and which needed to happen at some point or another. The danger in merely going along for the ride is that of renouncing control and commending your life into the hands of another; The Bling Ring is the first and only Coppola film to depict a car crash. Because Coppola avoids judgement at every turn, she never foreshadows anything and so her films, on repeat viewings, seem open to anything and opposed to any sense of inevitability. The car crash in The Bling Ring happens without prior suggestion. It happens naturally, freely, although the law of averages would suggest anybody so intent on using the passenger seat of a car as a metaphor for life itself would have to wreck it at some point to prove the metaphor was honest. The crash in The Bling Ring opens up Coppola’s previous work to reinterpretation. Hers is a cosmos where accidents happen to the trusting and the naive. Perhaps The Bling Ring closes off a cycle in Coppola’s films. The Virgin Suicides opens with the Lisbon girls in a station wagon and closes with Lux dead in the driver’s seat, after leaving the car on in a garage with the door closed. Coppola’s next film is a remake of The Little Mermaid. If she can get Ariel into a car in the first act, I’ll be impressed.

Undefended: The Five Greatest Movie Trailers of All Time