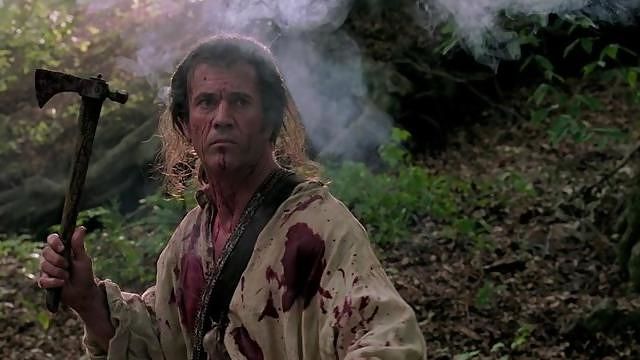 It’s a small petpeeve of mine, but in modern young adult fiction the protagonist is often designed to be flattering. They all seem to be misunderstood or lonely or different (re: the virtue du jour: unique) in order to appeal to the vanity of the audience. Two of the most popular stories follow this model: an intelligent yet average-looking girl that catches the eye of every boy in school including the most mysterious and glistening one (Twilight) or a lonely, misunderstood boy who discovers he’s one of the most rich, famous and powerful wizards (Harry Potter). Certainly authors should want the audience to identify with the protagonist, but it says something about our imaginations when we cannot enjoy a hero unless the author flatters us through them first.

One of the charming things about The Hobbit and The Fellowship of the Rings is how woefully ill-equipped Tolkien’s protagonists are. Bilbo and Frodo are better suited to second breakfast than orc battles. In fact, the remarkable thing is that both are failures of modern heroics. Bilbo does nothing to kill Smaug and spends most of the climatic battle unconscious. Frodo is an even greater failure. After traversing the perils of Mordor, burdened with the dread weight of of the ring, knowing its corrupting powers, seeing first hand its perversity in Smeagol, at the very lip of destroying it forever, he tries to keep it for himself. This is the genius of Tolkien, in refusing to pander to the audience’s urge to be an armchair hero and in recognizing the radical revision of the heroic ideal in Christianity. Sadly this revision has been lost on many contemporary storytellers.

With the reformulation under Christ the time of bloodthirsty killing machines like Lamech, Gilgamesh, Achilles, Aeneas and Judas Maccabeus was over. In the Christian era, to Nietzsche’s disdain, heroes must be sacrificial servants. But despite the rise and acceptance of the Christ-figure, the pernicious attributes of Pagan heroes continue to infect it; making it more palatable to the bloodlust of this generation.

Dan Larson puts forth the problem in his discussion of Blockbuster Christs: “[they] have created a standardized deviation from the portrait of Jesus in the Christian story, and recycled it to the point of making it a stock character all its own. The blockbuster Christ has become its own paradigm so that it no longer needs to draw from the Christian story at all, but only from the vast gallery of self-sacrificing heroes in American mass culture. Of course, the problem is that it still harkens to the model set by Jesus Christ and employs the same language. Now, a few steps removed from its source, it becomes far more easy to confuse the appropriations of Christ with Christ himself, to read Jesus through mass culture rather than to read mass culture through Jesus.”

To avoid honoring Neo-pagan heroes I tentatively put forward the following attributes of a Christ Figure. This not a complete list and neither do I argue that a character must exhibit all of these in order to be called a Christ figure, but our Christ figures are too one dimensional and we seem to have lost the radical vision of Christ. So in the spirit of recovering a rich and well rounded Christ figure I present the following seven attributes:

Sacrificial: This is the box most frequently checked. Any time death takes the protagonist this one gets dragged out. But there are ways of giving your life that do not match how Christ gave up his life. To be the bloody avenger of wrongs and failing to survive the onslaught is not sacrificial. Sorry Braveheart, you are not a Christ figure. In fact, Mel Gibson is a man of violence and frequently schemes to coerce the audience into bloodlust. A Christ figure lays down his life, but he lays it down both willingly and innocently. Jesus was the scapegoat, but what broke the cycle of vengeance was his swallowing the violence. In Gran Torino, Walt Kowalski, for all his other problems, dies so that the wickedness of evil doers is exposed.

Suffering: This is another box that gets ticked, but again, not all who suffer are Christ Figures. Mad Max suffers. Kevin McCallister suffers. Jay Gatsby suffers. But they are instigators of their own suffering and they do not take up the suffering of others willingly. They may be co-belligerents, even taking up the cause of a weaker group, but it is often a tit-for-tat retribution. However Wall-E, one of the most miraculous characters in film, takes up the mission of Eve, suffering even unto death, not because he was wronged, but out of love for Eve.

Outcast: This is another attribute that gets dredged up in this discussion, but while there are plenty of examples of outcasts, most are rebel loners. Jesus was radical, but not a rebel. Disruptive, but not renegade. He came to his own, but his own did not receive him. The loner embraces the outsider status, derides the community he spurns, but where is the hero that is pursuing those that disdain him? This is certainly not the case with Wikus Van De Merwe of District 9. He is as repulsed by the alien Prawns as those that drive him into their community.

Call to Virtue: Now we are getting into territory that is rarely trod when we talk about Christ Figures. Does the character call the world to righteousness? There are plenty of heroes that sacrifice themselves, but are they worthy? Worthy is the lamb that was slain. Does Spider-Man cause others to examine themselves, to turn from wickedness? Are people made more beautiful because of the hero’s work? Kate Reynolds in The Family Man makes Jack Campbell more glorious than the vainglorious, licentious person he is without her. Melvin, from As Good As It Gets, tells Carol that she “makes him want to be a better man.”

Humiliation: Ah, untouched snow. There’s something macho about taking up suffering; it’s something we can glory in. But humiliation is unmanly and weak. We want our heroes to spit in the face of the enemy despite their gut-wrenching pain. But who would endure humiliation? Ree Dolly, in Winter’s Bone, endures much humiliation to keep her younger siblings and mentally ill mother safe. She’s reduced to begging, and beaten, dragged by her hair and threatened with death. I can’t help but notice that in Mel Gibson’s The Passion, despite its overweening violence, he tapers the humility Christ endures. 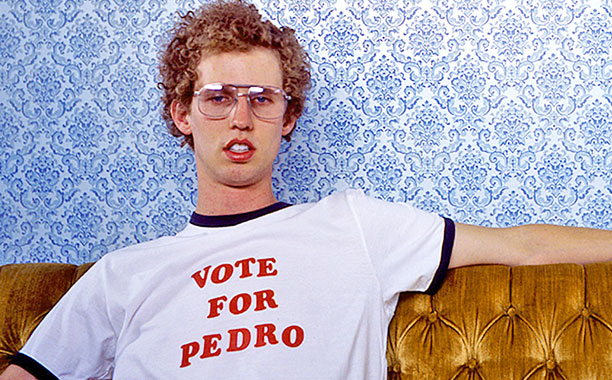 Defeat: The Messiah dead without the enemy vanquished, his cadre of closest followers disbanded and scattered. By human reckoning the Son of Man failed. Two thousand years later we miss the mustard seed among the trees. If we fast forward the small beginnings we forget not to despise them. The pyrrhic victory of Eli safely carrying a book only he can read to the haven is just the sort of event that can change the world. Or Roy Batty in Blade Runner revealing true humanity to Rick Deckard right before he dies to awaken in him the realization that the replicants are alive.

Mystery: Jesus was unlike anyone. He was paradoxical, paradigm shifting, illimitable and we fool ourselves if we think that we would be perfectly in tune with his nature. To only value something when it fits our preconceived notions of holiness presumes omniscience and cuts us off being surprised by the radical righteousness of the Son of God. One of my favorite characters is Poppy Cross from Happy-Go-Lucky, whose irrepressible joy is divinely infectious. But her mystery is what draws the viewer in, to uncover her source of happiness. To reduce faith to an understandable syllogism, proven true by a heavy-handed narrative, as in our simplistic faith-based movies, is ultimately unsatisfying because it neither deals with the darkness of doubt and hard won truth, nor the resplendent wildness of God.

Obviously, only one person exhibited all these markers or all of them perfectly. I do not object to to finding Christ in a flawed characters, for in the words of poet Gerard Manly Hopkins, “Christ plays in ten thousand places.” But I find it troubling that we see Christ more readily in the deathdealers that die in the slaughter of enemies than in the gentle and mysterious, the humbled and mocked, the silly and failing. I offer these in order to make our figures of Christ more rounded. We need to remember that the great majority of Christ figures recognized by the church are not warriors, who seed the world with the corpses of their enemies, but rather martyrs, whose blood is the seed of the Church.

The Greatest Songs In Children’s Movies