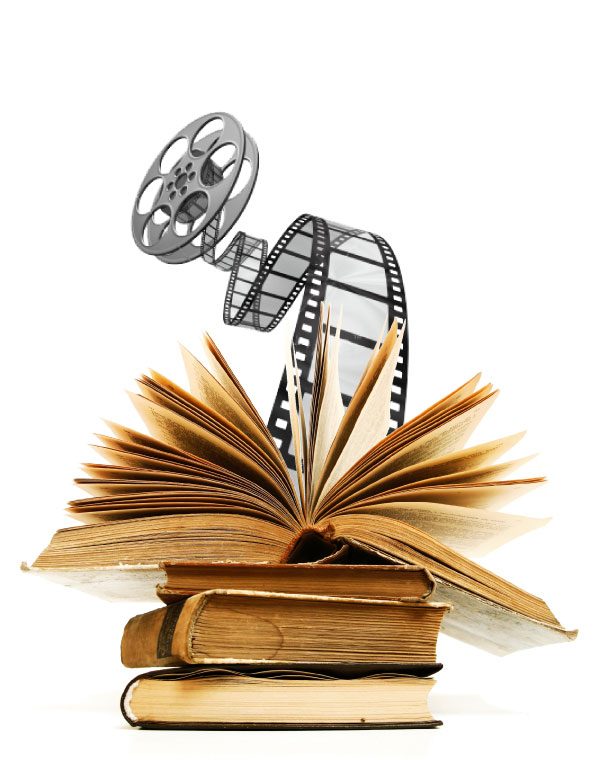 Everyone, I suppose, has his private prejudices as to what makes for a good film adaptation of a literary work. Often we lapse into the habit of judging an adapted film strictly on its superficial resemblance to its source material, without bothering to weigh any other factors. We ask ourselves, “Did they film the book?” and applaud or dismiss the imitation accordingly.

This attitude is too narrow, too impatient. It does not stop to ask several necessary questions. Does the filmmaker intend strict fidelity to the source? If so, does he seem truly to understand the fundamental authorial intentions on which the adapted work is founded? Does he really comprehend the novel or short story (as the case may be) or is his interest merely an idle fascination?

There is a large class of film adaptations which it does not suit our purpose here to examine. I have in mind those films whose credits acknowledge some book or other but which are framed as independent stories, works that are “inspired by,” but not really purposeful imitations of older material. Where the director does not form his vision on that of the novelist or memoirist, it isn’t all that helpful to criticize him for diminishing this or that theme or for altering a particular character, or, for that matter, observing that Victor Hugo would never have countenanced the idea of Les Miserables as a musical. Let the man have his way with his story and then sort out whether or not the story was well told.

One of the finest adaptations of recent years is Philip Noyce’s 2002 version of Graham Greene’s The Quiet American. Noyce’s interpretation follows attentively, not to say religiously, Greene’s deceptively idealistic tale of espionage and divided loyalty in the last days of French-occupied Vietnam. The film exactly captures the book’s atmosphere of deadly ambiguity. All the cast is well chosen, most of all Michael Caine in what is certainly his best latter-day performance. The principals involved, director, screenwriter, and actors all seem to see the the characters through Greene’s patient, world-weary eyes. It is remarkable this director is quite so at home in Greene’s universe. Elsewhere he has proved himself a director of meat-and-potatoes action fare (Patriot Games, The Bone Collector), but nothing whose moral geometry consists of anything other than the least ambiguous of right angles. Here he has more twisted timber to work with, and does so expertly.

As reverential as Noyce’s work, though far less successful an effort, is Joe Wright’s 2005 attempt at Pride and Prejudice, which is all the more remarkable as a relative failure as it is a film whose individual components work generally well. Keira Knightley, if a bit too waifish in the part, otherwise plays Elizabeth Bennett as she ought to be played, a combination of tart intelligence and moral sensitivity. Most of the supporting cast acquit themselves in their roles with something more than mere Masterpiece Theatre conventionality, with the possible exception of Matthew Macfadyen, whose Darcy spends the better part of the show looking as though his pursuit of Elizabeth were to terminate not in a wedding but a funeral. Judy Dench’s Lady Catherine de Bourgh is appropriately imperious, but then, it is Judy Dench.

Yet somehow, the film is a failure. Wright has, in his other efforts, proven himself to be no slouch with the classics. His Atonement is an almost perfect example of high tragedy, that genre for which the modern audience has the least taste. Pride and Prejudice suffers from a bad case of screenwriter’s tin ear; the original dialogue and those considerable patches of text lifted from Austen’s novel and rudely grafted into place do not sit comfortably together. Wright is no dunce, and appears to know the source material well enough, but he does not know how to let it breath in another medium. Might it not have been a better idea to abandon the idea of making the screenwriter work in a register that is not so obvious an attempt to sing in the key of Austen? No one can hope to succeed in that timbre more than half the time. I don’t know if Wright, prior to filming, ever actually told Deborah Moggach (who wrote the script) “Say, could you give me your best Jane impression here?” but the result sounds like a heroically uninspired effort to do exactly that.

In its visual elements, the film generally exercises good taste without stumbling into cheap luxuriousness (a pitfall for all manner of historical films of aristocratic setting). Wright beautifully captures the idyllic surroundings of the Georgian squirarchy as they appear to us in the novel itself, from whose historical context Austen does not even allow us a moment’s remembrance of the fact that the Napoleonic Wars were then raging not five hundred miles away. For most of the film, Wright maintains this level of undisturbed refinement. That his ear is not so well-developed as his eye is much to be regretted.

I have entitled this essay “Principles of Adaptation” without offering any. As far as I can see, there are none to offer, except in the shape of the most general cautions and vaguest formulas. It does seem to me that the filmmaker should bear in mind that a novelist can turn our thoughts with the written word more decisively than can the director with the camera. The size and scope of a novel allows it to show and tell more than a hundred minutes of flickering images. Hence the principle of selection, which is at the heart of all good storytelling, must be exercised with the utmost taste and scruple. Certain directors have this talent, others do not. I wonder if we will not see progressively fewer books made into films in years to come. The cinematic and literary worlds of 60-75 years ago overlapped much more closely than they do today, and a fair number of sometime screenwriters were proven men of letters as well (Faulkner, Agee, Chandler etc.). In times more recent it seems that the two camps have become somewhat estranged. They do not think each others’ thoughts at all naturally, and it seems inevitable that the film industry, more and more dependent on foreign profits and investment, will have less and less time for the modest-scale literary pictures that have been a steady, if marginal presence in the past. One may hope for better prospects, but money tells.

Interstellar : Do Not Rage
Recent Reviews
Next Article

Inside A Scene: Bob And Charlotte Meet In Lost In Translation.