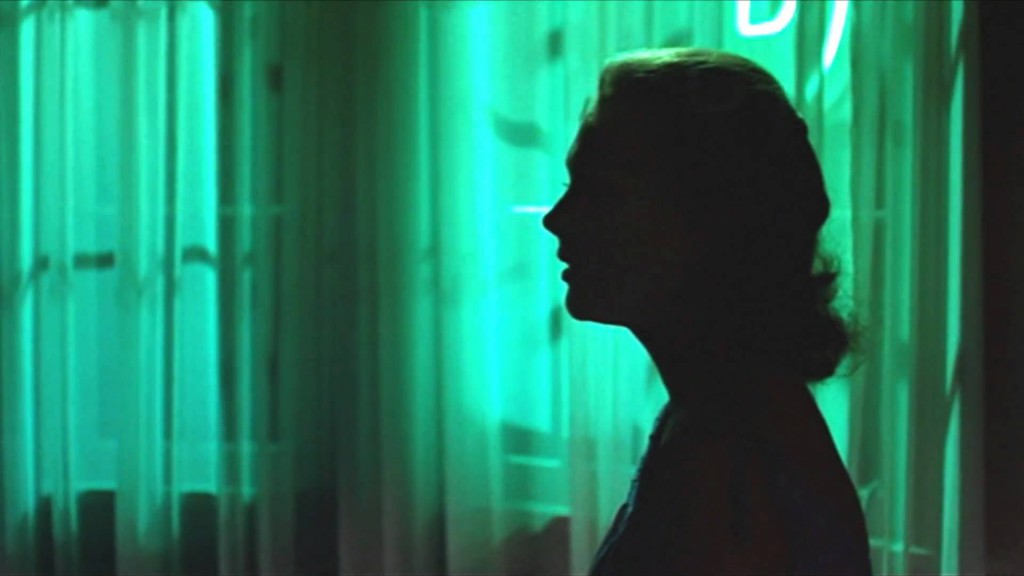 M Night Shyamalan might be Hitchcock’s greatest living devotee, but no matter how good Shyamalan’s films were ten to fifteen years ago, even his best work missed lacked the essence and toxic potency of Hitchcock’s best work. Shyamalan is an innocent. He makes moral films, pure films. On the other hand, the battery which powers Hitchcock’s films is sexual corruption. Shyamalan makes films about men and women reuniting; Hitchcock makes films about men and women tearing each other apart.

When it comes to stories of sexual acrimony, best to begin with the godfather of them, the myth of Tristan and Iseult. In brief: the knight Tristan falls for Iseult the Fair (the Eve figure), who is engaged to marry Tristan’s lord, Mark. After drinking a love poison together, Tristan and Iseult sleep together and for the next several years, find time to breakup and makeup over and again under Mark’s nose. Finally, Tristan quits Iseult the Fair, travels far away and marries Iseult of the White Hands (the Marian figure), however they never consummate their marriage. In her jealousy of Iseult the Fair, Iseult of the White Hands kills Tristan. Seeing the dead Tristan, Iseult the Fair dies of grief. In most versions of the myth, the ultimate fate of Iseult of the White Hands is never disclosed. The narrative ends and we hear nothing else about her following the murder of Tristan. Discerning readers will understand, however, that we never hear more of the White Hands because she died when the Fair died. The secret of the myth is simply this: the two Iseults are the same woman. While with the sluttish Iseult, Tristan longs for the virgin; while with the virginal Iseult, Tristan longs for the slut. Man is torn between his desire for contradictory things, and woman is torn between fulfilling man’s contradictory desires. In the Tristan myth, man lives an entirely intellectual, spiritual, immaterial existence. No matter what man is receiving, he is unhappy because he can imagine it otherwise.

Hitchcock’s three best films (The Birds, Psycho, Vertigo) all depend on a man who loves both a chaste woman and a promiscuous woman, though all three films adjust the Tristan myth in striking ways. In The Birds, libertine socialite Melanie Daniels (Tippi Hedren) seems like a shoe-in for the role of Eve, but remains a Mary until the credits; schoolmarm Annie Hayworth looks like Mary upfront, but ends up dead after we discover she slept with the film’s Tristan years and years ago.

In Psycho, Sam beds Marion Crane who then flees in shame. Sam takes up with the chaste Lila, Marion’s sister, while trying to track her down. The sluttish sister dies, the chaste sister lives. Late in the game, Hitchcock’s nastiest film reveals an additional Tristan (Norman Bates) and an additional Iseult the Fair (Norman’s mother). For Sam, Marion is the Eve; for Norman, she is Mary. Reversing the traditional myth, Psycho presents Tristan (Norman Bates) killing the White Hands (Marion Crane). Of course, as opposed to blurring the distinction between Iseults, Psycho also blurs the distinction between lovers. In some sense, Norman Bates is both Tristan and Iseult.

Each of these films is driven by a perverse sexuality, though the extent of that perversion is hidden through suggestion and insinuation. What keeps us coming back to Hitchcock’s films is the vomitous stench which emanates up from the black depths of the plot. We try to find the source of the smell, but in vain. I don’t think I’ve really explained anything substantial in these few paragraphs, though. I return to these three films over and over again in the attempt to be done with them.