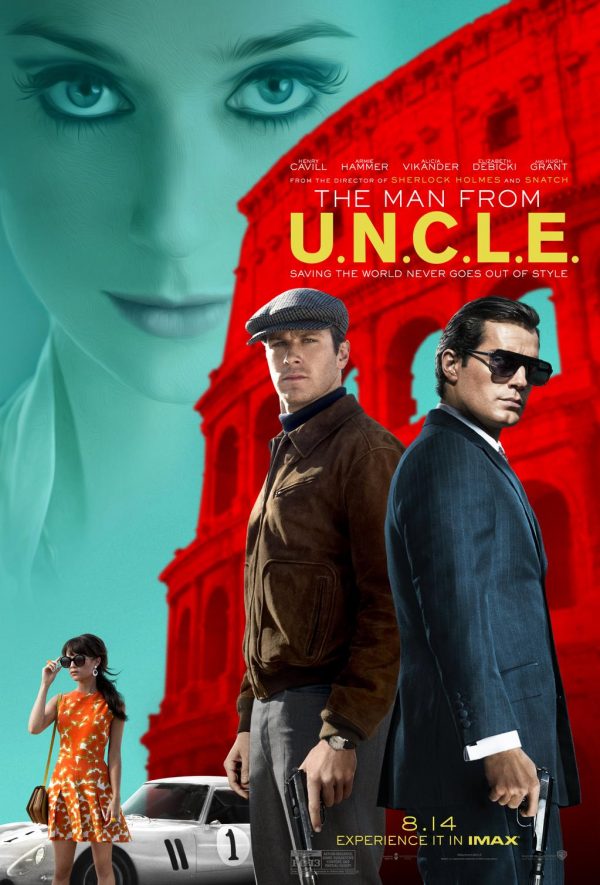 Also note just how little The Man From U.N.C.L.E. cares about any of the ideologies or politics involved in the international conflict that comprises its setting. Any tension derived from the pairing of Napoleon and Illya comes entirely from their clashing personalities or the orders of their direct superiors: apart from Illya’s vacuous blustering about “The Russian Way” – an idea which, fittingly, first rears its head in an argument over clothing – there’s little reminder, after the film’s opening set piece (its best, incidentally), that these two are on opposite sides of the Cold War. When the film finally does tease conflict of this sort, it’s quickly shrugged off (that the film’s MacGuffin is casually destroyed in its final scene reveals how much it cared about said MacGuffin in the first place). For their part, the villains’ motivations are revealed to be as banal as the heroes’. Even the titular acronym, saved until the last minute for a halfhearted Big Name Drop (one of the favorite devices of our current onslaught of prequel/remakes), is never explained – and, true to form, the film doesn’t end on that “stinger,” but instead lingers for another half a minute or so on our attractive stars in their default mode of vaguely consternated bemusement. Indeed, for a prequel and potential franchise-starter, U.N.C.L.E. is refreshingly graceful about the burden of establishing mythology, mercifully declining to offer the convoluted explanations behind every minute detail of its source material.

In the end, The Man From U.N.C.L.E. is only concerned with parading its good-looking people in good-looking clothes around good-looking locations (while sadly wasting an opportunity for them to drive good-looking cars). The aforementioned good-looking people fare well enough with their limited responsibilities. Cavill is a lightweight actor, no doubt, but he’s suited to the mood of this project in a way he wasn’t to the unrelenting grimness of Man of Steel. There, he was adrift in a sea of solemnity; here, he’s having fun, and we have fun watching him. Armie Hammer, a fine actor as seen in The Social Network or the underrated The Lone Ranger, also brings just the right amount of gravitas (read: next to none) to his role as the hapless straight man in this comedic dynamic. His role is primarily to glare at Cavill and chew the scenery with a hammy Russian accent to rival Kenneth Branagh’s in last year’s Jack Ryan. Alicia Vikander, who gave such an excellent, delicately calibrated performance in Ex Machina earlier this year, is given much less to work with here – her duties consist almost solely of being Adorable – but she makes the most of it. Elizabeth Debicki, like Cavill, is clearly enjoying herself in a role that simultaneously checks the Femme Fatale and Mustache-Twirling Villain boxes, and a deadpan, debonair Hugh Grant is a scene-stealer in a smaller part. The fact that most of the actors are putting on accents other than their own feels like a meta variation on the theme of superficiality, but Mad Men fans may be disappointed that Jared Harris, not altogether successfully putting on a Texan accent, is not clad in a “Big Texas Belt Buckle.” 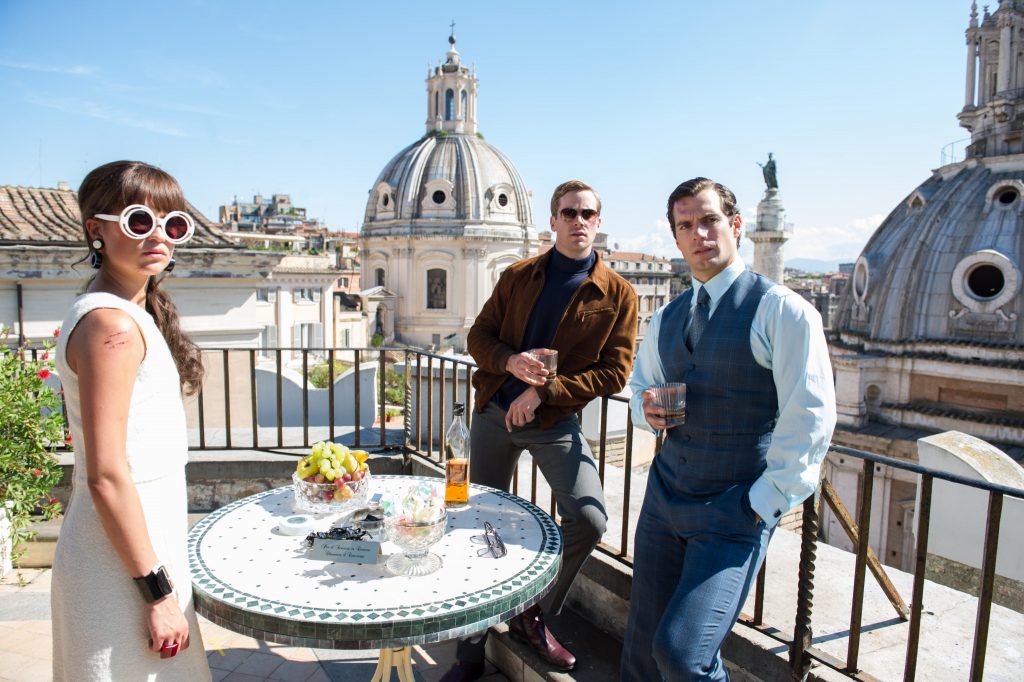 Ultimately, The Man From U.N.C.L.E. succeeds well enough on its own modest terms that it’s hard to begrudge it two hours of one’s time. It demonstrates the same kind of unpretentious, underachieving self-awareness that this year’s rather generic mega-hit Jurassic World did with its non-commentary on audience-pleasing dinosaur hybrids (kinda like how the movie itself is a hybrid of other movies! It’s a metaphor, see?). It may not be insightful, but it's internally consistent - and for my part, I’ll take a fun blockbuster that’s honest about its own emptiness over a sanctimonious one that drowns in its own imagined importance (see: this summer’s unfortunate misfire, Tomorrowland). Thankfully, though, those aren’t the only two options. We still have Kingsman.