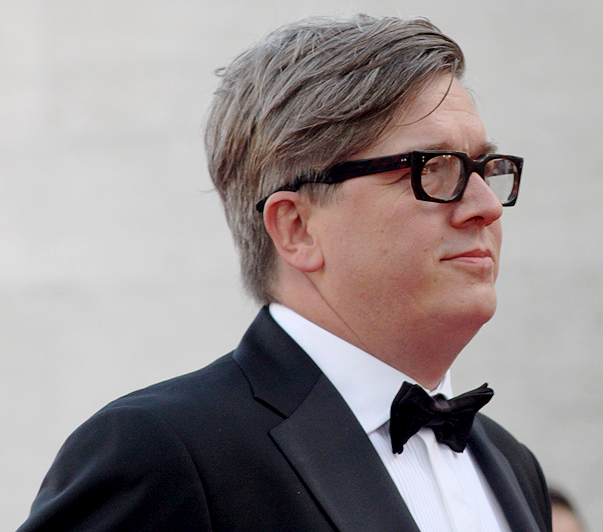 Tomas Alfredson’s first major international release was 2008’s Let The Right One In, based on a novel by John Ajvide Lindqvist, and his second was the 2011 adaptation of John le Carré’s Tinker Tailor Soldier Spy. Both films are appropriately bookish. Both films are quiet, almost entirely droll affairs with a library-like atmosphere. Everyone tends to speak evenly, reasonably— even the bullies— and the heroes of both films seem to spend much time by themselves, thinking and reading. And yet, for films which often lack a grandiose pathos, both are so quietly engrossing that I have to watch one or the other every few months.

After just two films, the Alfredson universe is no less fixed than the Wes Anderson universe or the Woody Allen universe. While Let The Right One In is apparently set in the year of its release and Tinker Tailor is set thirty-five years earlier, there is little to distinguish the films aesthetically; both are populated by the palest Europeans money can buy, both make Spartan use of color, and everyone tends to wear earthy wool, tweed and corduroy. There is a conspicuous absence of computers, cellular phones and sleek cars in Let The Right One In; a few friends meet for beers in a minimally decorated café which might have survived unchanged since the Tinker Tailor era. Large open interior spaces are sparsely populated; in Let the Right One In, four children swim in a cavernous gymnasium which houses an Olympic sized pool, and in Tinker Tailor, no more than a dozen people lounge in a Budapest railway station which ought to be a beehive of activity. The Alfredson cosmos is a lonely cosmos.

And romance can’t really cure that loneliness. In fact, romance is often the problem. Bill Haydon seduces Jim Prideaux so he can pack him off to Budapest, but Bill also seduces George Smiley’s wife (right under his nose) so Smiley won’t be able to conduct an unbiased investigation of Bill. Ricki Tarr and Irina undertake a mutually exploitive sexual partnership so as to win political secrets or safe harbor from one another. George Smiley knows the demands for espionage he has placed upon Peter Guillam will expose Guillam to scrutiny, so Guillam tearfully breaks up with his boyfriend (although the breakup is filmed silently, looking into their apartment through a rainy window, thus maintaining that library tone), but can’t explain why. While often billed as a romance, Let the Right One In is equally bleak when discussing love. Eli the vampire (turned at the age of 13, perhaps) lives with an older man, Håkan, who goes out at night to hunt the unsuspecting loner, drain his blood into a plastic jug, and return it to his lover. We’ve only to assume they’ve been together some time, as Håkan has the duty-bound, stoic resolve of a man married to his work. He catches a passerby at night on a path through a wooded park, then strings him up and slits his throat, then opens a well-used kit of tools (funnel, etc) and goes about his labor. Moments later, he bungles the operation, and several scenes later he bungles again and disfigures his face with acid right before he is caught lest the police trace his identity to the apartment where Eli lives. As the film progresses, we find it stranger and stranger that Håkan has been given such work to do. He’s mortal, old, slow and weak while Eli is deathless, strong as an angel and capable of flight. Why can’t Eli do the hunting? Eli visits Håkan in the hospital when he seems near death and he offers his throat to Eli for food; after Eli has devoured him, he is unceremoniously dumped out the sixth story window. Little in the film suggests Eli’s relationship with Håkan did not begin in the same way Eli and the 12 year old Oskar’s relationship begins. Late in the film it is revealed that Eli is a boy (mutilated centuries earlier, according to the novel), and in the denouement, Eli unexpectedly appears to slaughter the bullies who torment Oskar. Love devours the other and inspires predatory instincts. The attraction between Eli and Oskar seems their parallel dispassionate spirits; neither seems capable of significant emotion, and Oskar even seems to willingly, casually surrender his very life to the bullies only moment before his rescue.

Violence is the still point around which the stellatum of Alfredson’s cosmos turns. Moment by moment, his characters live whispered, studied, still lives, and yet spectacular gore periodically bursts upon the screen. In Tinker, Ricki Tarr arrives at his point man’s station and finds the guard’s throat vertically split meatishly wide. Seconds later, Irina finds her husband in a bathtub beside floating ropes of his intestines. While Oskar is held underwater by bullies, the avenging spirit Eli kills them all, although Alfredson doesn’t show us the melee; he keeps the camera trained tightly on the underwater Oskar and, in the background of the shot, we see severed limbs fall into the water. Finally the arm grasping Oskar’s hair, forcing him under water, is loosed from its shoulder and slowly drifts passed our view, and Oskar realizes he is free to resurface for air. While both of these films also indulge in explicit acts of violence, there is a dramatic Greek aptness to the way the aforementioned scenes treat the violent acts as obscene, not admissible to the audience.

The allure of Tomas Alfredson’s films, at least for myself, is bound up in this same Greek aspect. Let the Right One In seems like a revival of Aeschylus Oresteia, and despite the wise and prudent Smiley happily coming out on top of the Circus at the end of Tinker, the true final image of the film is a drop of blood falling like a tear down Bill Haydon’s cheek after jilted lover Jim unexpectedly returns and snipers him from afar. Jim sheds a similar tear (saline, however) moments later, and a Russian version of “Across the Sea” plays bombastically over the whole scene; the irony being that Jim was shipped across the sea to be tortured by the Russians at the behest of Haydon earlier. As with any great modern horror story, sex and murder are intricately overlaid many times. Both films are horrific in that way, and the furies arrive to tear things apart at the end of both films, then, just to prove it.

These might all sound like rather strange reasons to be taken with a filmmaker, although Alfredson has tapped into those same reserves of fear that have kept Aeschylus, Euripides and Sophocles on our shelves for two and one half millennia now. In this way, I suppose I am unapologetically a fan of Alfredson inasmuch as I also occasionally turn to Oedipus as devotional literature. Christ never seems so much like the “desire of nations” as He does while reading Sophocles sad tale of inevitability, certainty and the cold slope of the absolute.

The Chief Cornerstone Of Film