For this month’s Undefended lists, in the spirit of Holy Week, FilmFisher’s writers selected the best depictions of faith on film. Chime in with your own selections in the comments! 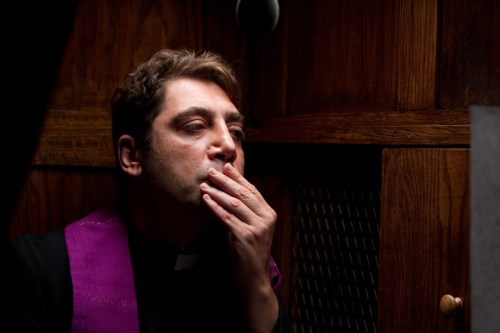 Hail, Caesar! has not only the most important comma in all movie titles, but also my favorite throwaway joke of all time. When the assistant asks the actor playing Jesus if he’s a principal and he answers, “I… I think I’m a principal.”

I’m doing the films I’d like to watch with family on Easter Weekend:

“Now faith is the assurance of things hoped for, the conviction of things not seen.”
Faith in action:
Faith amidst doubt:
Bonus: When I read the prompt, I was almost immediately reminded of two recent big loud blockbusters involving time travel in which heroes take action against the forces of nihilism in the confidence that the arc of history really does, somehow, bend toward justice: Avengers: Endgame and Tenet.

“Everything’s going to work out exactly the way it’s supposed to.”
“What’s happened, happened. Which is an expression of faith in the mechanics of the world. It’s not an excuse to do nothing.”