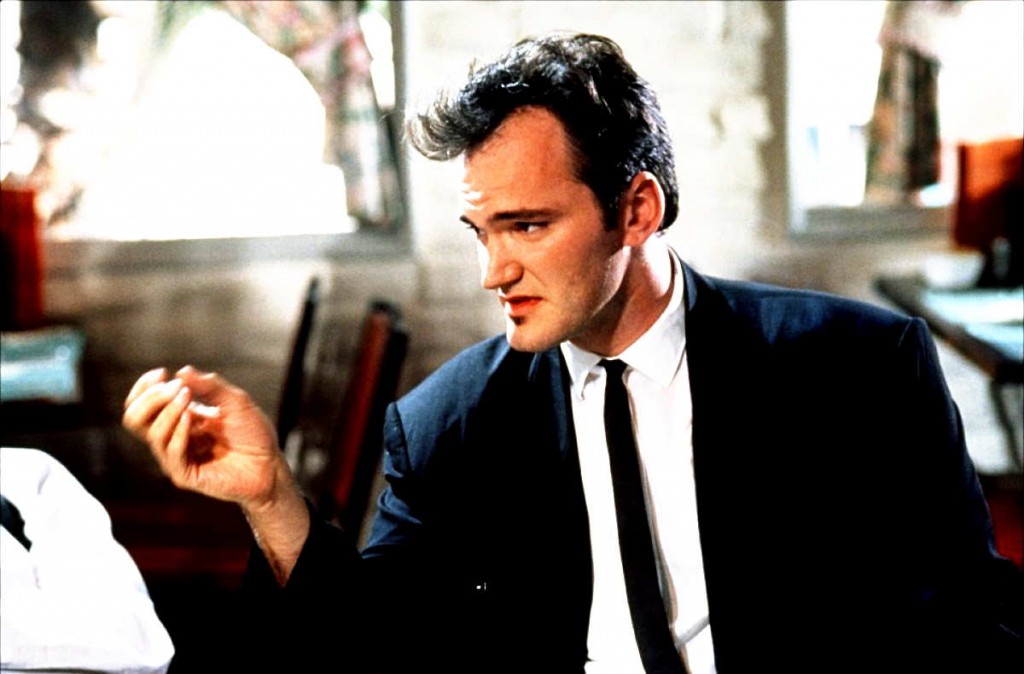 Christian Leithart: I’ve heard people say that Quentin Tarantino is a master of building suspense in a scene. Haven’t seen it, but apparently Inglorious Basterds is a good example. I’ve also heard that in terms of dialogue, plot, and general chutzpah, amateur filmmaking still hasn’t escaped from under Pulp Fiction‘s shadow.

Thomas Banks: I’d say he’s got a knack for the discursive style of dialogue, and yes, he knows how to build up the tension in a scene as few others do. Evidence exhibits A-C: “Oh I’m sorry, did I break your concentration?” The Mexican stand-off climax in Reservoir Dogs. And as awful as the movie was, the introductory scene in Inglorious Bastards was quite neatly orchestrated.

Joshua Stevenson: After Kill Bill Vol. 2, I decided I was done with Tarantino. I hated his openly sadistic attitude towards his characters. So I skipped Inglorious Basterds and Django for a long while. I’ve watched both of those in the past year, and, while I don’t think he’s gotten less sadistic, I’ve had to admit that he has an excellent grasp on the range of what movies can do. Movies are good at externals like dialogue and ironic humor and conflict and violence, and Tarantino nails those.

James Banks: This is a difficult one for me because I haven’t been a fan of Quentin Tarantino in several years, but I don’t want to be uncharitable; I wish the man well. While I think that his talent is wasted on comic book fetishism and violence which is gratuitous to the point of being almost pornographic, I think that he’s something of a genius at satirizing evil. An example of this would be the scene in Django Unchained in which the anachronistic pre-Civil War Ku Klux Klan put on their masks only to realize that the masks’ eyeholes are not big enough. The situation is ridiculous, yet somewhat oddly believable for anyone who has ever tried to make a ghost costume for Halloween. Is the ability to create situations like this proof of genius? No. But it is a sign of talent. I actually find myself wishing that he would turn the talent I mentioned above to genres which were completely different from those which he usually directs. I would like to see him direct, for instance, a romantic comedy where there wasn’t a Chekhov barrel in sight.

Joshua Gibbs: Tarantino used to enjoy people. Back when he made Pulp Fiction and Jackie Brown, he seemed interested in refining and adjusting the personalities of his heroes until they had very particular, compelling beliefs about justice and fidelity and providence. In fiction classes I teach, I still (on occasion) bring Vincent Vega saying of some stranger keying his car, “It would have been worth [him] doing it, just to catch him,” when discussing how contradictions in a personality make for a believable character. But really, after Jackie Brown, the fellow has devolved into Hollywood’s Gollum, fetishistic and vulgar.

James Banks: I had not been thinking of Jackie Brown when I wrote my response. Jackie Brown actually is quite a good movie, but it is the Tarantino movie on which the director’s fingerprints are hardest to detect (which does not mean that they are absent). Of his last two films, I think there is something worse about them than the fact that they are pornographically violent. There seems something tasteless in using historical tragedy as a backdrop on which to play around with one’s grotesques.

Timothy Lawrence: I’ll echo what has been said by noting that his greatest strengths are his ability to write snappy and clever dialogue and to build up tension in a scene. Additionally, he really knows his film history. All these come into play in my favorite scene from any of his films, the opening of Inglorious Basterds, which builds up the tension to almost unbearable degrees merely through dialogue and suggestion while also paying loving homage to Sergio Leone. Admittedly, Leone is one of my favorite directors (another one who really knew how to construct a scene) and any film that references him earns a great deal of goodwill from me (accordingly, Verbinski’s The Lone Ranger is a guilty pleasure of mine)…

Kanaan Trotter: I’ve found it hard to ignore Tarantino’s ability to captivate his audience. It is rare for a director to use the range of characters and dialogues and incorporate the kind of music that, say, runs through Django Unchained and still have an audience watching. Pulp Fiction too walks the gauntlet between absurdity and mainstream and ends up being just crazy enough to be impressive…in some convoluted sense of the word. But even with that said, I’m disgusted by the packaging and the “glamor” of Tarantino’s films. His wildly exaggerated and intentionally stomach-churning gore seems like it’s become uncreative. Like really, you couldn’t do something else? Justifications for Django or Inglorious Bastards sound like the same reasoning for teenagers smoking cigarettes- because it’s an alright thing todo. Cheap at best and some real foolishness at worst. I’m not white-knuckled against Tarantino being worth something, but so far I’m not convinced.

Joshua Gibbs: For what it’s worth, I don’t know you’re going to find a more post-modern moment in American cinema than the climax of Inglorious Basterds, in which the audience is slaughtered by the motion picture.