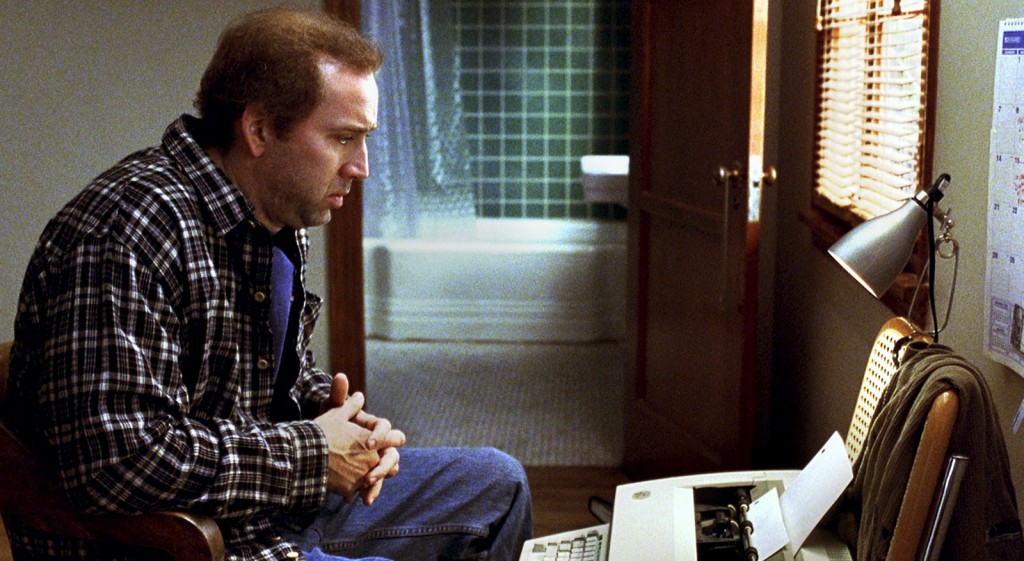 In the last year, I’ve tried to enlist several friends to write for FilmFisher, and on more than a few occasions, one of those friends has hesitated, “I’ve never written a movie review.” For any number of reasons, people are intimidated by the idea of writing a film review because it seems an unfamiliar genre of essay. FilmFisher is always looking for new reviewers, especially reviewers who are still in high school, and to that end, I want to renew the offer to casual and regular readers alike to submit an application. It’s short, you get to talk about yourself, and a link to the form can be found at the bottom of this page. When you submit an application, you’ll receive a letter in return from myself asking for a sample review. If you like, you can submit a review along with your application. If the review you submit has promise, I might ask you to make a few edits and additions before it is ready for publication.

If the idea of writing a review seems out of your reach, please keep reading.

I have been writing movie reviews since I was a freshman in college and I’ve been regularly reading reviews for longer than that. In the last fifteen years, I have found the film review a useful format in which to talk about matters of politics, aesthetics, theology, anthropology and art. To begin writing film reviews, it is helpful to know something about film theory and film history, though you should not consider such knowledge a prerequisite. Simply put, a love of humanity and a desire to understand other human beings is the only essential requirement for writing about an art form. If you have opinions about film you would like to share, but find the prospect of writing a film review intimidating, I offer the following series of suggestions on writing a film review which you can use to put together a FilmFisher review.

On Watching A Film You Want To Review:

1. Don’t try to think of something interesting to say while you’re watching the film. Yield to the story the filmmaker wants to tell. Don’t try to judge the film before it is over. Plenty of films are true and good through the last ten minutes, then they turn into lies. Plenty of films seem like lies, then they turn into profound truths in the last ten minutes. If you have judged the movie an ugly lie before it is over, when the truth is revealed towards the end, you won’t be in a proper frame of mind to interpret it generously.

2. Don’t try to figure out what kind of worldview the filmmaker espouses. Movies are like people because they are made by people. People are not incarnations of worldviews. People claim to believe this, but they practice that. People claim to be existentialists, but they’re inconsistent. The point of watching a movie is not to reduce it to a particular –ism and then condemn that –ism because it isn’t Christianity.

3. Watching a film should be an exercise in generosity and charity. You will not understand a movie unless you love it. To love is to know. It is fine to hate this or that film, but you will not hate it because you understand it. You will hate a film because the film hates the truth, and in hating the truth, the film becomes incomprehensible. The movies you understand the best will likely be the films you love the most.

1a. Begin by setting the film in some kind of context. If the film is made by a venerable director, begin by talking about the long haul of that director’s work. A good director does not make isolated works. A good director is consistent and thorough. If you’re dealing with a movie made by Martin Scorcese, Paul Thomas Anderson, David Fincher, Powell & Pressburger, Christopher Nolan, Darren Aronofsky, Billy Wilder, Akira Kurosawa, Andrei Tarkovsky, Alfred Hitchcock, Michael Mann or Sofia Coppola, you’re dealing with someone who has a vision for what it means to be an excellent human being. Such directors deserve to be understood in context of their larger body of work. Begin by discussing the themes that bring together the director’s entire oeuvre. Begin with a quote from the director which you find emblematic of their films, then explain how that quote can be understood in several of their films. Talk about the moments or films in that director’s body of work which betoken their success.

1b. If the film you’re reviewing is not directed by someone with a fine reputation, you can still set the film in context by discussing the genre it inhabits. If the film is a drama, compare it with a few dramas that sit nearby. Is it an 80s drama? Talk about what a successful drama felt like in the 80s. Is it a comedy? Talk about what makes for a great comedy. What are the goals of a comedy? Of a horror film? Before declaring the film you’re reviewing to be a success or a failure, paint a picture of what a success or a failure within that genre looks like.

2. Discuss your own personal interest in the film. Moving from abstract comments about the film, bring yourself into the essay. You’ve chosen to talk about the film in question— why? What drew you to it? The actors? The director? The subject matter? If the film is staked in a “true story,” what about that true story pulled you in? What about the historical epoch the film is set in caught interest? Hold off using the word “I” until you get to the second paragraph. This will give your reader a sense that the essay is deepening, that more is on the line in whether the film was any good or not.

3. Describe the plot of the film. If the film is a three act film (and most movies under two hours generally are), then describe the first two acts of the film. If the film is a five act film (most films over 140 minutes are), describe the first three acts. Summarize the plot and do so in a mildly judgmental way. Use critical words, but don’t be so critical that your reader knows your final opinion of the film. This paragraph/section should be no more than one-third the length of the total review. In all, you want plot synopsis to take up no more than half the words in the review. If the review is 1200 words long and more than 600 are synopsis, you will alienate readers who have seen the film. If the review is 1200 words long and less than 600 are synopsis, readers might feel any judgment you make of the film is premature.

4. Discuss themes, tropes, motifs in the film. What binds the film together? A plot is not merely a series of random scenes and images. Abstract ideas bind together concrete objects. Ideals bring harmony to a character’s actions over a series of scenes. What hidden logic guides the progression of events? Is this logic legitimate or is it fanciful (as is the case with many romantic-comedies)? Are these themes significant and truthful? Are they worthy of contemplation, or do they make a simple, intuitive sense on their own?

5. Discuss the dramatic question of the film. Every story has a dramatic question which guides the action and mounting tension. A dramatic question is the central uncertainty in the plot which drives the action. Will Luke stop the Empire? Will Frodo destroy the ring? Will Mr. Stephens confess his love to Miss Kensington? Set the dramatic question in some kind of context outside of film. Compare the film with classic literature. Compare the themes and hidden logic with the work of a great philosopher or theologian. Is the film furthering a discussion of human excellence found in the work of Augustine? Does the film conceive of man in the same way that Nietzsche or Milton or Dante conceived of man? Try to situate the film within a broader philosophical context. Is the film contributing to the great conversation about human excellence? Is it detracting or distracting from the great conversation?

6. Return to the film and make some comment on the final act. This paragraph might subvert what you have just written, or it might confirm what you’ve just written. You don’t need to give away the ending in order to write it. “The end of a thing is better than the beginning,” writes Solomon, and your review should have something to say about the most important act of the film, which is the last act. Does the film make good on the promises with which it began? Does it follow through with what it claimed to be important about the human experience in the began? Does the film maintain a sense of continuity through the finish? How does the film change or manipulate its own interests? How does the film upend the same matters it claimed to be important in the first act?

7. Return to the matter of the director or the genre raised in the first paragraph of the review. Is the film in question a success when viewed within its context? By this point, you will have successfully presented the film as an object and a subject such that your judgment is founded on something other than personal taste. Will the film stand out as a unique success in the director’s body of work? Will it falter? What have you learned about what it means to be excellent in the course of reflecting on the film?